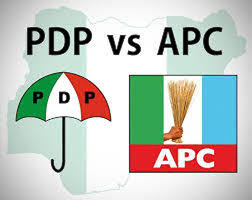 The Oyo State chapter of the People’s Democratic Party (PDP) has said that there is no better way to describe a statement credited to the state chapter of the All Progressives Congress (APC) where it was alleged that Governor Seyi Makinde has nothing to show for his two and half years administration than showing of incurable “Seyiphobia syndrome” (fear of Seyi).

The ruling party described the statement by the opposition party as signed by its caretaker Publicity Secretary, Abdulazeez Olatunde on Thursday as symptoms of acute traumatization by a party suffering from “incurable Seyiphobia syndrome” which it said now terrifies the opposition party more than even the Omicron variant of covid-19 urging the APC in Oyo state to play politics with the slightest iota of decency and decorum as obtainable in a 21st century.

A statement by the Oyo State Publicity Secretary of the PDP, Akeem Olatunji indicated that the ruling party like other residents of the state who have since taken to the social media to tongue-lash the APC in disbelief of the brazen lies and malicious propaganda being told, is shocked and could not fathom if the opposition party existed in Mars or Pluto in the last 31 months of the present administration.

The ruling party reminded the APC that one of the national leaders of APC, Senator Ali Ndume during his last working visit to Makinde in Ibadan could not hold back his satisfaction at the transformation and development that have become visible across the state by publicly commending the Governor for a job well done and publicly declaring that the people of Oyo state are very lucky to have Makinde as their Governor.

“We are here on an oversight visit and we want to inform you that the Committee has seen what you are doing to complement the effort of the Nigerian Air Force. So, we want to commend you for that. As we moved around to supervise some of the projects they were doing in the barracks, the GOC told us that as part of your effort to light up Ibadan, you included the streets around them in the project. This is very commendable.

“I also personally want to tell you here that the people of Oyo State are very lucky to have you as a leader at this material time”. Ndume was quoted as saying.

The ruling party added that the Vice President, Professor Yemi Osinbajo during his visit to Governor Makinde in October also became so impressed with the transformation in the education sector through Makinde’s free and qualitative education policy by thanking Governor Makinde for his courage to implement such laudable transformational policy assuring that the federal government would support the state to sustain Makinde’s educational policy.

According to the ruling party, several prominent personalities at the helms of affairs of Nigeria including the Inspector General of Police, IGP Alkali Baba Usman, the Chief of Army Staff, Lt. Gen. Farouk Yahaya, the Chief of Defense Staff, Gen. Lucky Irabor in their separate visits commended Governor Makinde for his efforts at providing adequate security for the state and his support for security agencies, wondering if the APC in Oyo state was merely exhibiting severe delusionment or just playing the “gbegiri and ewedu” politics in a 21st century.

The Oyo state PDP advised the opposition party to take a cue from what other well meaning Nigerians are saying concerning Governor Makinde who through his clear-cut purposeful leadership has in 31 months of his administration set the state on the path of sustainable growth and economic prosperity evident in the state’s IGR, improved quality of life and standard of living of the people across the state.

Oyo state PDP said: “For the purpose of record we will like to enlighten and educate our amateurish brothers and sisters in the opposition party, members of APC in Oyo state, who are still licking their sore wounds as bad losers still traumatized by the 2019 electoral defeat. For about a year now APC in Oyo state could not fathom how to play out their de-marketing script (false propaganda) being their known trademark because of the unprecedented sector by sector success recorded in the last 31 months of the Seyi Makinde led administration hence, their return to telling brazen and unbridled lies.

“Fact speaks, for the sake of education for our ‘alien’ brothers and sisters in Oyo APC, here are some completed and ongoing projects across the state especially in Oke Ogun. The 65km Moniya- Iseyin Road, 45km Saki-Ogbooro, Igboho road, Iseyin Oyo Road of 34km, Iseyin- Igbomoso Road of 76km.

“Others are remodelled Adamasingba Stadium to world class standard where it is being speculated to host next Super Eagles home game. Other stadia across the geopolitical zones in Oyo, Saki, Eruwa, Ogbomoso, and the Olubadan stadium.

“Apart from the establishment of Oyo Amotekun as a local security outfit which has continued to compliment main stream security agencies in the fight against crime and criminality especially against banditry, kidnapping, herdsmen crisis and other related crime, it is very laughable for our delusuoned APC brothers in Oyo to compare Zulum and Makinde. The question to first ask is what is the basis for comparison? As much Zulum is trying his best for his people, Borno state has continued to trail Oyo state in every possible standard of comparison.

“As for Makinde’s comparison with Governor Ayade, well, Cross River state used to be one of best and enviable state in Nigeria in terms of human and economic development for over six years of PDP administration under Ayade until his defection to the APC. The whole world know that the Governor has practically stopped functioning optimally since his movement to APC for personal political reasons.

“For the avoidance of doubt, our ‘Starboy’ the pride of Nigeria, GSM has grown Oyo’s economy to triple that of Borno (Oyo State IGR in the first 6 months of 2021 was N25.4 billion from N12 billion compared to Borno State that was N9.8 billion from N8.2 billion). So, Oyo APC should tell the world its basis of comparison or should we pray and wish them, Oyo APC, what is happening in Borno state?

“For the fact that Oyo State is the new global and domestic investment destination as well as big investors choice coming behind just Lagos and Ogun State in the whole of Nigeria, attest to Makinde’s landslide success considering massive infrastructural projects that are going on all over the state apart from workers, retirees, youths, market men and women friendly policies and welfare packages.

“Oyo APC must shift away from its dirty and stinking approach to politicking which to tell lies, lies, more lies, until the unsuspecting members of the public get confused to a policy by policy sector by sector engagement as being practiced in saner parts of the world with civilized members of opposition political parties.”