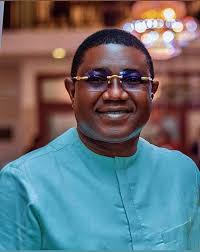 A Chieftain of Oyo state chapter of People’s Democratic Party (PDP) who is also the Executive Chairman, Oyo Pacesetters Transport Service (PTS), Dare Adeleke has accused Adetokunbo Pearse, a member of the Lagos state chapter of PDP over an open letter written to Chief Bode George saying that Mr Pearse told blatant lies in his published open letter to the Lagos state PDP founding father in the which was titled, “The Burden of Guilt”.

Pearse, among other accusations leveled against Bode George, accused the former Military Governor of Ondo State who was also former Chairman of the Nigerian Ports Authority as well as former National Deputy Chairman of the PDP of encouraging a divided party.

According to Adeleke, Pearse also accused Chief George of fraternising with the opposition and making the party lose in elections. He also alleged that Chief George used his friendship with President Buhari to secure political appointments for his wife, Chief Mrs Roli Bode George.

Reacting to these allegations as contained in the open letter, Adeleke said Pearse was “talking serious balderdash and cooking up such spuriously damaging lies which are enough to further cause friction in the Lagos state PDP for what he described as ‘very selfish reasons.’

Speaking with Sunrisebulletin via phone call over the development, Adeleke addressed the issues presented by stating that: “Chief Bode George, is a man who used his resourcees experience and connections to build the PDP to the level it is today.

“It is indeed people like Adetokunbo Pearse who have continually ensured there is friction within members of the Lagos PDP when they start crying wolf because they cannot get their wish.”

“The fact is that Pearse is writing and spreading falsehood today, only because he wanted to contest a position riding on the hard earned reputation of Chief Bode George’s group.

“He is raising dust now because that did not come to pass and he is in deep pain. Are you telling me that Pearse does not know what every other Nigerian knows that the APC has not in actual fact won any of those elections he stated were lost by the PDP in Lagos State?.

“We all know the fact and the sad reality of Tinubu’s do or die stance during elections. We know how results are over turned and the unfortunate hijacking of voters rights in Lagos State. So to say that the PDP has been losing elections because of one individual, is an escapist mindset which can only come from one who is either delusional or intensely bitter and hateful.”

Adeleke berated Pearse for his open letter which he said was targeted at bringing ridicule to the respected reputation earned by the PDP chieftain through selflessness and total commitment to the development of Nigeria’s democratic process and institution who Adeleke said was very unfortunate.

“Pearse is an agent of destruction, who has no political relevance. He is myopic when it comes to politics. I expected him to speak out on Tinubu’s mismanagement of Lagos, as Chief Bode George always does. Instead, the coward is a constant visitor at Bourdillon.”

“I am telling Adetokunbo Pearse to as a matter of immediacy desist forthwith, from throwing empty cans especially at a highly respected PDP leader as Chief George, else we will relegate him to where he belongs in the Nigerian politics” Dare Adeleke fumes.

“Pearse must have forgotten that it was ex-President Goodluck Jonathan who nominated Mrs Bode George and the Buhari government saw the same values in her.

“To say she is not qualified to be appointed by President Buhari in her individual capacity just goes to show that Pearse is a fouled mind trying to settle personal scores by trumping up all manner of falsehood against a perceived political enemy.

“Nobody criticises the APC and Buhari’s government as Chief Bode George does so, of course, it is apparent that Pearse chooses to be delusional in his letter of lies.

Adeleke however, advised Pearse to stop conducting himself like a motor Park tout and should go and face the court case dangling over his head and stop causing more troubles for himself with more libelous publications.”

“The PDP is truly set and ready to take over the reins of leadership from the APC which has failed woefully. I will advise Dr Pearse to stop being a nuisance, behave himself or ship his disloyal self to Bourdillon. The PDP can do without people whose only ‘usefulness’ to the party is to create disaffection and distribute bitter blood.” Adeleke concludes.