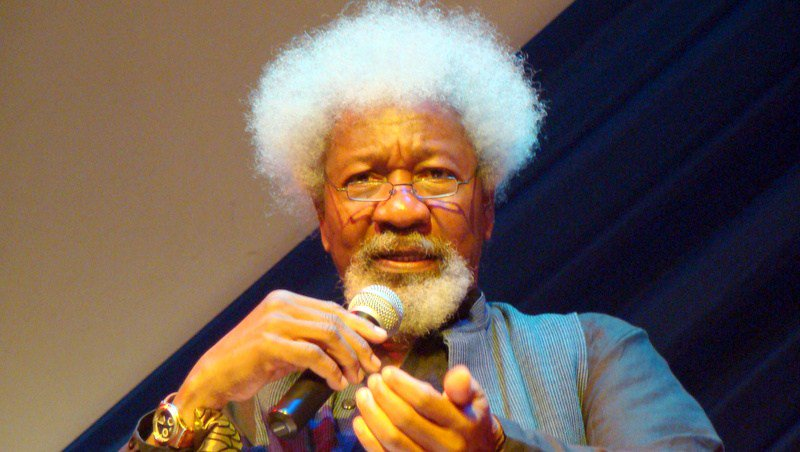 Wole Soyinka criticise Buhari over comments on rule of law

Nobel laureate, Wole Soyinka, has criticised President Muhammadu Buhari for apparently saying his government is willing to violate the law for national security.

Speaking at the opening ceremony of the Nigerian Bar Association (NBA) conference last Sunday, Mr Buhari claimed it was a settled law that national security should always trump the rule of law.

He defended the detention of Nigerians even against judicial pronouncements.

In a statement Thursday, Mr Soyinka mocked the president by saying Mr Buhari had obviously given a deep thought to his travails under a military dictatorship and concluded that his incarceration at that time was also in the ‘national interest.’

Mr Buhari was imprisoned for years by the Ibrahim Babangida regime after his military dictatorship was overthrown in 1985.

Since returning to power in 2015, Mr Buhari’s government has held some Nigerians for years without trial. High profile detainees have been denied freedom despite court orders.

“At his first coming, it was ‘I intend to tamper with Freedom of the Press,’ and Buhari did proceed to suit action to the words, sending two journalists – Irabor and Thompson – to prison as a reward for their professional integrity.

“Now, a vague, vaporous, but commodious concept dubbed “national interest” is being trotted out as alibi for flouting the decisions of the Nigerian judiciary. President Buhari has obviously given deep thought to his travails under a military dictatorship, and concluded that his incarceration was also in the ‘national interest.’”

Mr Buhari sparked outrage with his statement while addressing a gathering of lawyers when he said: “the rule of law must be subject to the supremacy of the nation’s security and national interest.”

The president’s comments drew criticisms from the lawyers and Nigerians who condemned his statement in strong terms.

In his statement on Thursday, Mr Soyinka described the timing of the president’s speech as “perfect.”

“We have cause to be thankful for the advance warning, since not all rulers actually make a declaration of intent, but simply proceed to degrade the authority of the law as part of the routine business of governance,” said Mr Soyinka.

“We have been there before. It should be of mere interest, not despondency, that this latest proclamation of dictatorial recidivism has also been made before an assembly of officers of the law, the Nigerian Bar Association. We expect a robust response from the NBA as part of its conclusions.”

Mr Soyinka noted that there is no shortcut to democracy and that the history of law, even where uncodified, is as old as humanity.

“Numerous rulers have tried again and again to annul that institution,” he said.

“Sometimes, they appear to succeed, but in the end, they pay heavy forfeit. So does society.

“The rule of law, however, outlasts all subverters, however seemingly powerful. If the consequences for society in defence of the rule of law were not so costly, any new attempt would be merely banal and boring, hardly deserving of attention. We know, historically, where it will all end.”

Luca Modric is UEFA Player of the year.