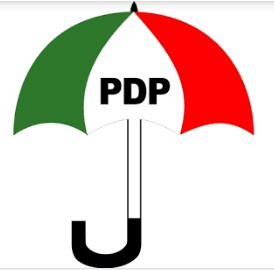 Oyo State Youth Leader of Peoples Democratic Party  Adekola Adeoye has raised an alarm that the agents of the  ruling All Progressive Congress APC  in the state have been going around promising financial rewards to electorates willing to exchange their votes for cash.

This was contained in a media statement signed by Adekola Adeoye and made available to newsmen Tuesday, in Ibadan. According to the statement the APC agents are pledging various sums to electorates in order to influence the direction of their votes.

While urging the electorates not to be persuaded by their antics  Adekola noted that “ If for almost 8years of ruling the state and they  still result to vote buying its a clear indication that they have failed as they obviously have nothing to campaign with.”
The PDP state youth leader advised the people against selling their votes, “ Dont sell your votes, vote according to your conscience”.

He stressed that voting for PDP is a vote for good governance and a bright future, reiterating that  the APC government have no visible achievements to campaign with, if they have, they wouldn’t result to vote buying.

The statement further stated that, the PDP gubernatorial candidate Engr. Seyi Makinde is committed to governing the state with the fear of God,  a government that will put the interest of the people first and not those of a godfather.