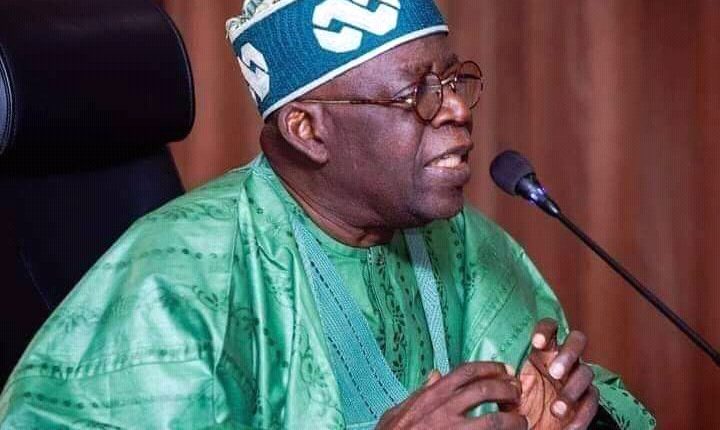 Winning The Nigerian Presidency Through The Unknown Godmen By George Kushi

The Cassock Does Not Make The Parson(Monk)

The poorly thought and myopic decision of the Tinubu Campaign is fast unfolding into a comedy. Having discovered the negative response from certain quarters, they have decided to employ measures to soften the sharp criticisms pouring out against Asiwaju Bola Ahmed Tinibu
.
Therefore ,in a bid to create an image of acceptability of his muslim- Muslim ticket,the mass media came awash with a show of masquerades falling over each other to partake in the porridge on the table of the APC pretender to Nigeria’s presidency. The charade was a comic beauty to watch but for the fact that the actors jostling for their daily bread were trying to toy with the fate of the country.

Although there have been cries from several quarters over the credibility of the characters involved ,one cannot write them off totally. One and all should however be able to make a distinction between pastors that have followers and those with no calling but hunger driven,hence the aphorism ,” The Cassock Does Not Make The Parson (Monk)”. (The dress(Cassock) does not make the wearer a Parson(pastor).)

So far the charade is in the public domain and for all that it is worth,it has only created a comic relief to the otherwise dull repertoire of “Laiers” et Al.
For crying out loud,we must all accept or at least acknowledge that Tinubu has a very low opinion about Christians. He has not only publicly said that the North has no competent Christian to be his running mate,but has now suborned a poor crew of actors to abuse the intellect of Nigerians by pretending that Christian clergy are behind him.

Another serious statement by implication is that in the APC,there is not a single competent Christian to be found. This is hard to believe,but only those in the party can say what that means. Are they also of the same opinion? If they think so,then they should blindly continue to follow him.

It is however interesting that Atiku Abubakar can locate a Christian from the South to run with, while in the APC Tinubu cannot find one,and no one in the party can locate one that can meet up with the requirement from the north or even elsewhere.

Anyway,his scripted comedy may as well play out to be his personal tragedy. History is replete with such examples.

The PDP as a party is rich in human resources and therefore does not lack competent people from all states in Nigeria,nay local government council areas.In that lies the strength of the PDP.

A party made up of competent people from only one region or religion,that lacks a broad base for the choice of leaders can best be categorised as a gang. Such groups are in essence made up of inept and parochial elements that lack capable hands and are therefore unfit to be vested with a delicate nation like Nigeria.

The truth they say is bitter!!!