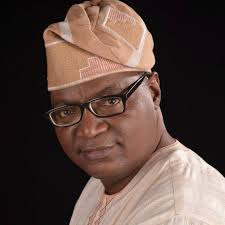 Why We Revoked 26,000 Hectares Forest Allocated To Ajimobi— Oyo Govt.

The government of Oyo State, on Tuesday, explained why it cancelled 26,000 hectares forest lands, which was allocated to the immediate past government Abiola Ajimobi during his administration.

The state government, which made the explanation through the Commissioner for Environment and Natural Resources, Hon. Kehinde Ayoola, said that it was reprehensible for anyone to take possession of Forest lands, knowing the importance of forest resources to the ecosystem, humanity and animals.

Hon. Ayoola, who gave the explanations at a press briefing held after the State Executive Council meeting indicated that it was wrong to decapitate forest resources at a time that countries of the world were looking to increase their forest resources and curb global warming.

He noted that it was ungodly for anyone to cite agricultural production as basis for allocating forest lands for personal use, especially where there is a vast arable lands in the State for agriculture.

Other Commissioners at the briefing include the Commissioner for Education, Professor Dahud Shangodoyin and his Information and Mobilisation counterpart, Dr. Wasiu Olatubosun.

The Environment Commissioner described as mendacious and misguided responses by some elements of the immediate past administration that the forest lands were allocated to individuals to boost agriculture.

He said: “You will recollect that yesterday, it was in the news that the Oyo State Government revoked the allocation of forest lands to individuals. About 20,000 hectares at Opara in Oke Ogun and 6,000 hectares in Gambari in Oluyole Local government Area of Oyo State.

“We want to educate the public on why the government for Governor Makinde is so touched by this act of a prodigal. Forests are essential in the management of the ecology of our state in such a way that it assists in fighting global warming, which is a precursor of climate change. Forests help to clean the air; take off atmospheric carbon dioxide, which affects human, plant and animal life and refills it with the freshness of oxygen.

“So, to avoid ecology disaster; you need forests. Nations of the world look to preserve and increase the size of their forest resources, so it is actually antithetical to good living, antithetical to public-spiritedness and evem ungodly for anybody to do anything that will reduce the size of our forests and to take such for themselves.

“The Engr. Makinde administration is not only revoking the forests but we are also taking steps to expand our forest resources.”