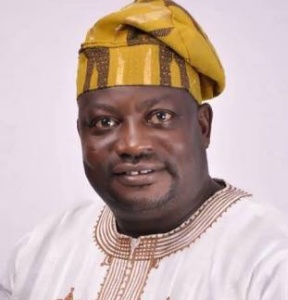 The Majority Leader, Oyo State House of Assembly, Hon Sanjo Adedoyin says the first thing that must be done now that LAUTECH, Ogbomoso has been ceded to Oyo State is for the State Government to upgrade and improve facilities in the Institution.

According to the Majority Leader, this will help the University to regain its lost glory as one of the best State Universities in the country.

Hon Adedoyin stated this in Ibadan at the floor of the House while leading the debate on LAUTECH amendment bill brought before the Legislature by Governor Seyi Makinde.

He maintained that the crises that engulfed the Institution in the last few years had negatively affected it hence the urgent need for Governor Makinde to reposition the University for growth and technological breakthrough.

” This is time for the State Government to upgrade LAUTECH, Ogbomoso. The Institution needs to be elevated to a conventional one to accommodate more faculties, departments as well as more students. This is to reflect the current status of the University as one fully owned by Oyo State . It goes beyond changing the nomenclature of the University. The Majority Leader said.

On the call for the establishment of more campuses for the University across the State , Hon Adedoyin maintained that such should not be considered for now as a lot still needed to be done to put the University on the pedestal of rapid development.

He urged the House to exercise some restraints on the bill adding that it should not be hurriedly passed.