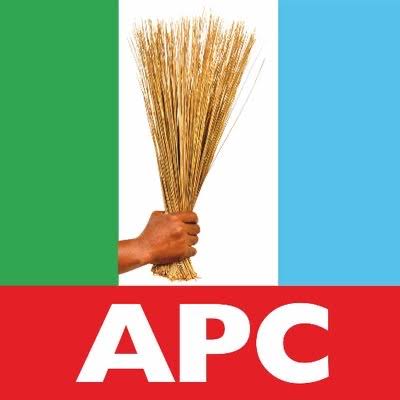 Barely a week after former a group within the Oyo State Chapter of the All Progressives Congress (APC) expressed displeasure over alleged zoning move by former governor Adebayo Alao Akala and Senator Teslim Folarin, another group within the opposition party under the aegis of Concerned APC Stakeholders has alleged that former Oyo state First Lady and wife of immediate past governor, Mrs. Florence Ajimobi has hijacked the party in the state.

The group raised the alarm over the alleged hijack of the party structure by Mrs Ajimobi alongside the acting Chairman of the party in the state, Chief Akintola Oke.

Chairman of the group, Mr Olusoji Adelana made this disclosure while addressing journalists in Ibadan on Monday.

He told journalists that Mrs Ajimobi and Oke have hijacked the structure of the party claiming to have the backing of both federal authorities and national leadership of the party.

He explained that what happened during the time of late Ajimobi where many people left the party is already repeating itself.

“The three tendencies are Teslim Folarin and Alao-Akala, Mrs Ajimobi and Baba Oke and Unity Group where we have Adeseun, Deolu Akande, Soji Akanbi and others, while the Minister of Youth and Sports, Chief Sunday Dare is said to be seeking unity among the tendencies.

“For peace to reign, the unity group decided to work with the Ajimobi and Baba Oke camp, but Mrs Ajimobi has hijacked the party’s structure.

“A reconciliatory meeting held with Baba Oke Sunday night was deadlocked as the actinge Chairman refused to shift grounds on the order of the former First Lady.

“So, the problem that occurred during the time of her husband is repeating itself. It was this that made President Buhari lose Oyo State in the Presidential election. APC also woefully lost the gubernatorial election to Seyi Makinde.

“She and Baba Oke have used their powerful relations in Kano and Abuja to outsmart other camps, and this is not good for the future of the party.

“Mrs Ajimobi said that she has zoned the positions and no one can change it. This is inimical to the progress of the party. We are saying that we should work in harmony to fight the common enemy which is PDP.

“I am using this medium to call on the national leadership of the party to call Mrs Ajimobi to order so as not to destroy the party as the husband did in his time.

“APC called a stakeholders meeting today, how many people went there? Only a few, because the structure of the party has been hijacked”.

When We Came In, We Had 11 LGs With Backlog Of Salaries –Makinde Clears Air On LG Funds, Grassroots Capital Projects, Alleges Last Govt