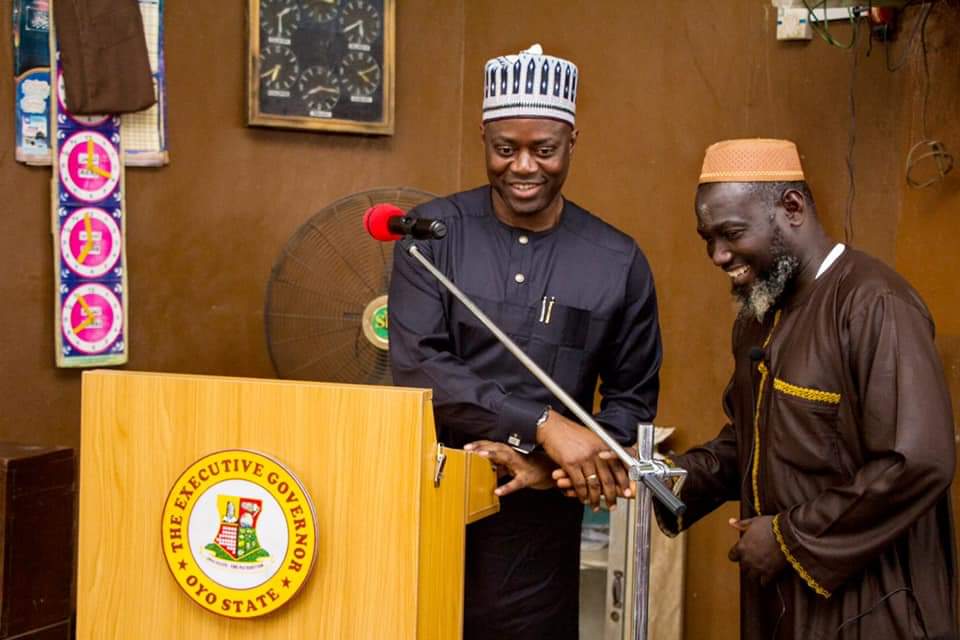 ..as he worships with Muslim faithful at Jumah service

…promises to build a more befitting mosque at Adogba, Iwo Road
The Oyo State Governor, Engineer Seyi Makinde, has disclosed that not less than N8 billion would be spent to reconstruct the popular Iwo Road interchange, in Ibadan, the state capital.

He said that his administration was committed to infrastructural development of the State, especially the state capital, so as to restore the old glory of the days when Ibadan was the capital of the Western Region.

The Governor made these known on Friday, when he joined the Muslim faithful to observe the Jumah service at the Adogba Central Mosque, Iwo Road, Ibadan, saying that the project would be completed between nine and eleven months.

A statement signed by the Chief Press Secretary to the Governor, Mr. Taiwo Adisa, noted that Governor Makinde informed the Muslim faithful at the mosque that the decision to demolish the mosque to pave way for the construction of an interchange was part of government’s plan to make Ibadan a befitting state capital.

He added that a church along the interchange area would also be demolished, refuting the insinuation that the demolition had religion undertone.
Governor Makinde, who noted that four out of the first six persons in the hierarchy of government in the State were Muslims, said: “There are varied reports in the public suggesting that Seyi Makinde does not like Muslims, but I can tell you that the Makinde whose name I bear today is a Muslim. Whatever I do against those practising Islam, I do it against myself, because 60 per cent of my family members are Muslims.

“So, when they feed you with lies outside that I love one religion more than the other, tell them it is totally false and what is important for all of us is to make heaven. It is the work of our hands, attitude and how well we serve God that will determine if we would make heaven or not,” Governor Makinde said.
He stated further that the State Government had made provision for a new land for the building of a befitting mosque for the Adogba congregation, promising to personally spearhead the finance for the building of the new mosque.

He said: “The main reason I decided to come here is, there are reports that the State Government wants to demolish the Adogba Mosque. Yes, it is true. The church that is close to this mosque will equally be demolished but I want it to be on record that, first, I worship in the mosque today. Second, what we want to do to this mosque can be likened to the popular saying that suggests that the palace of a king that gets destroyed can only get beautiful later.

“I make bold to tell you that we won’t demolish it and not rebuild a better mosque. They have looked for another land that is close to where we are and I will ensure that I donate personal money to begin the building of the new Adogba Mosque. I built a mosque at Omituntun House. The new mosque will be twice bigger in terms of size than this current one and will be a reference point. We will have a meeting with those that are running the mosque to see how we can achieve this.

“Also, we will try and cushion the effect of the demolition for those who trade around the mosque and may be badly affected by our action. We don’t want to run a government that will demolish and not compensate or make plans for those who may be affected.”
The Governor, therefore, appealed to the Muslim faithful to support the decision for the overall development of the State.
Governor Makinde attended the Jumah service alongside his deputy, Engr. Rauf Olaniyan; the Deputy Chief of Staff, Mr AbdulMojeed Mogbonjubola; other appointees and top civil servants in the State.