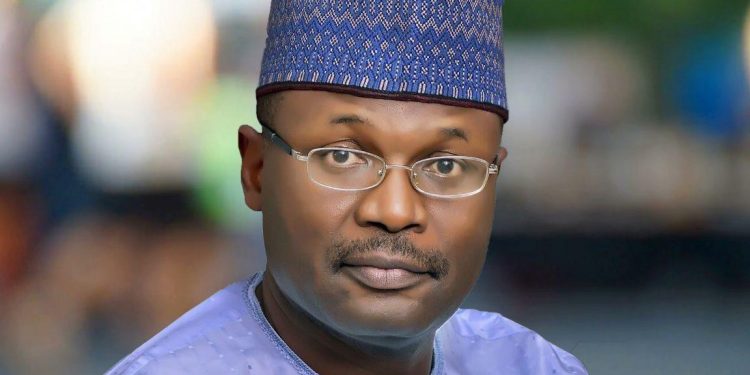 The National Independent Electoral Commission (INEC), announced yesterday that it has taken every step and made every arrangement for the Edo State governorship election holding on Saturday.

The Chairman of the Commission, Prof. Mamhood Yakubu, who announced this at the Edo State Governorship Election Stakeholders’ meeting in Benin City, said the Commission has dutifully carried out 12 out of 14 scheduled tasks contained in the timetable and schedule of activities for the election.

He explained that the Commission’s ultimate objective is to ensure that the choice of who becomes the next governor of Edo State is entirely in the hands of the voters.

“I wish to reassure you that votes will count and only the choice made by the people of Edo State will determine the outcome of the election. The Commission shall not take any action to the advantage or disadvantage of any political party or candidate. Our focus is on our processes and procedures. Nothing more.

“To underscore our commitment to a credible and transparent electoral process in Nigeria, the Commission is determined to deepen the deployment of technology in elections. It is for this reason that the Commission recently built portals for the nomination of candidates by political parties as well as the accreditation of election observers and the media. We have used the portals seamlessly in preparing for the Edo Governorship election. The same applies to the Ondo Governorship election. We will deploy the same platforms for all subsequent elections, including the forthcoming bye-elections in 15 constituencies across 11 States of the federation scheduled for 31st October 2020. We are working to ensure that in future elections, even the accreditation of polling agents nominated by political parties will also be done online”, Prof. Yakubu said.

He disclosed that the most critical of the recent innovations introduced by the Commission is the use of a tablet now popularly called the z-pad, saying that it is a new innovation introduced to serve as a secondary means of achieving full biometric accreditation using facial image of the voter in support of the fingerprint authentication by the Smart Card Reader.

According to him, the camera on the tablet will be used to take a picture of the polling unit result (EC8A) and to upload same on a dedicated portal (INEC RESULT VIEWING – IReV), adding that this will enable all those interested in viewing the results to do so in real time.

The INEC Chairman, however, explained that the z-pad tablet will not be used for the Edo election because the Commission encountered hardware and software issues which needed to be fixed, adding that unlike the 44 polling units of the Nasarawa Central State Constituency, where the technology was deployed, the Edo Governorship election involves 2,627 polling units.

“The Commission decided that since this technology is work in progress, we should carry out a further test-run in some of the smaller constituencies during the bye-elections scheduled for 31st October 2020 and thereafter engage with stakeholders before it can be deployed in major elections.

The atmosphere in Edo State ahead of the election this weekend is already charged. We cannot afford to complicate it further by introducing a new technology we are not yet fully satisfied with,” he said.