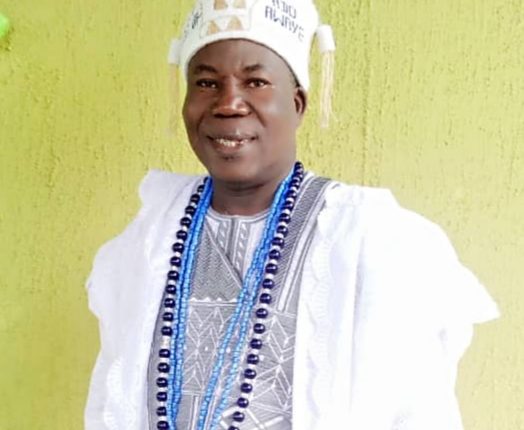 The Governor of Oyo State, Engr. Seyi Makinde has been commended for his commitment and efforts in ensuring rapid socioeconomic development in the tourism sector in order to boost the state’s Internally Generated Revenue (IGR).

His Royal Majesty, Oba Olugbile Ademola Folakanmi, the Alado of Ado Awaye gave this commendation on Sunday, 26th September while addressing his Chiefs and members of the Local Organizing Committee on how to make the 2021 World Tourism Day celebration a successful and memorable one in the history of Oyo State.

Earlier in his address, the traditional ruler on behalf of his Chiefs and the people of Ado Awaye expressed his deep gratitude to the Governor Makinde for extending the opportunity to host year 2021 World Tourism Day to his Ado Awaye.

In his words, “this is a clear indication that Governor Makinde is seriously interested in developing Iyake Suspended Lake, the only natural suspended lake in the whole world”, he stated.

According to the monarch, if the suspended lake is developed to international standard, the lake can make Oyo State the richest in Nigeria.

He therefore, called on the people of Ado Awaye to cooperate with government officials as well as invited guests in order make the event a huge success.

In his remarks, Chief David Akintayo, head of Kingmakers, assured the monarch of their continuous support on all programmes, particularly tomorrow’s World Tourism Day.

The Executive Governor, Engr. Seyi Makinde is expected to grace the occasion as the Special Guest of Honour while Chief Dotun Sanusi is expected as the Guest Speaker with Alh. Ahmed Raji SAN as Chairman of occasion.

The Alaafin of Oyo, His Imperial Majesty, Oba (Dr) Lamidi Olayiwola Adeyemi III is the Royal Father of the Day with Oba Olugbile Folakanmi, Alado of Ado Awaye as the Royal Host. Hon. Muftau Abilawon, the Chairman of Iseyin Local Government, the Chief Host.

Dr. Oludare Akande will grace the occasion as the Chief Launcher of a book authored by Alado of Ado Awaye.

Highlights of the event will include conferment of Award of Excellence on Governor Makinde and other notable personalities including Engr.Rauf Olaniyan, Rt. Hon. Adebo Ogundoyin, High Chief Adebayo Akande, Engr.Chief Dotun Sanusi, Senator Hosea Ayoola Agboola and others.

A Day In An Ancient City