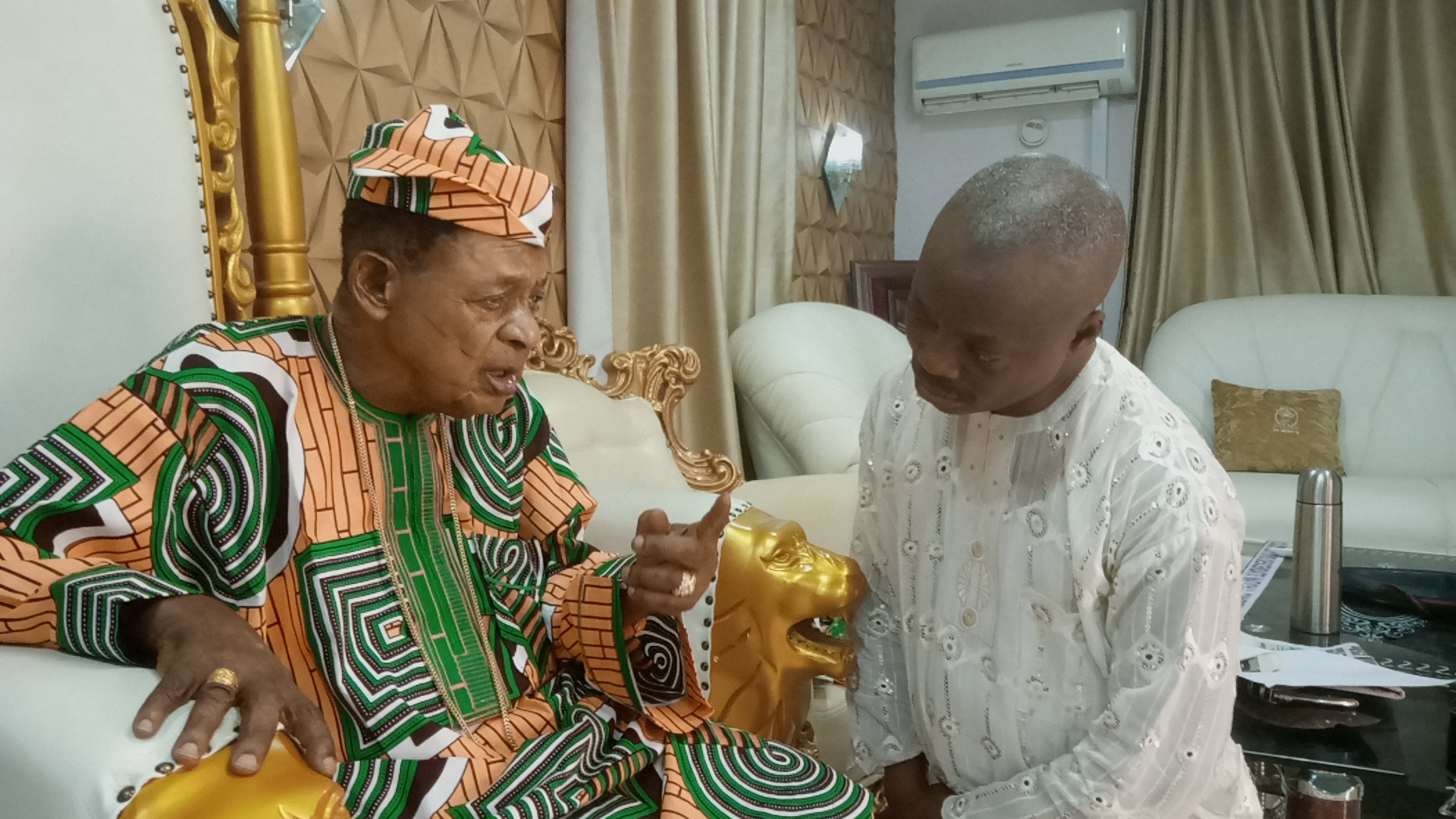 By Lere Omoetan On Jan 12, 2020
0 2
Share
The Director General, Ekiti state Council for Arts and Culture, Ambassador Wale Ojo Lanre has said  that the reconstruction of Akesan Market should be  a collective responsibility of all Yoruba home and in the diaspora
Ojo Lanre who called for stakeholder’s support also advocated that  traditional rulers and chiefs should be involved in the management, monitoring and administration of markets in Nigeria
Ambassador Ojo – Lanre pointed this our  during a visit to the Alaafin of Oyo,Oba Lamidi Olayiwola Adeyemi 111 to commiserate with him and victims of Akesan Maket’s inferno which occurred last Sunday
Ojo Lanre disclosed that Akesan is a historical market of heroic pedigree with a linkage of relevance to all markets in Yoruba land which earned it the title of Akesan Baale Oja that is why its reconstruction should be an urgent concern for all the Yoruba
While commending Alaafin for the efforts at rebuilding the Market, the chief cultural officer of Ekiti state urged the foremost monarch not to relent in his effort to ensure a more befitting market is put in place
In his response,  Oba Adeyemi said the Akesan Market is an ancient market   which has during the colonial days won best market for 10 consecutive years due to its effective management and cleanness lavished on it when it was being  managed by people appointed by Alaafin,
The Oba said ” Then everybody played their  roles  and there was check and balances in the affairs of the market but since the government took over the market administration everything has completely changed.
Kaboyesi said ‘ In the olden days,  there was an  Aroja who was  the administrative head, Otun Aroja ,Osi Aroja, were  his subordinates, Eruku, and his subordinates are in charge of cleanliness of the market and there were also some who are in charge of security of the market, all these are no longer in place, the inexperienced people in government  have reduced management of market to biro and paper and that is why you see traditional market in bad forms and shapes  now’
0 2
Share FacebookTwitterGoogle+ReddItWhatsAppPinterestEmail