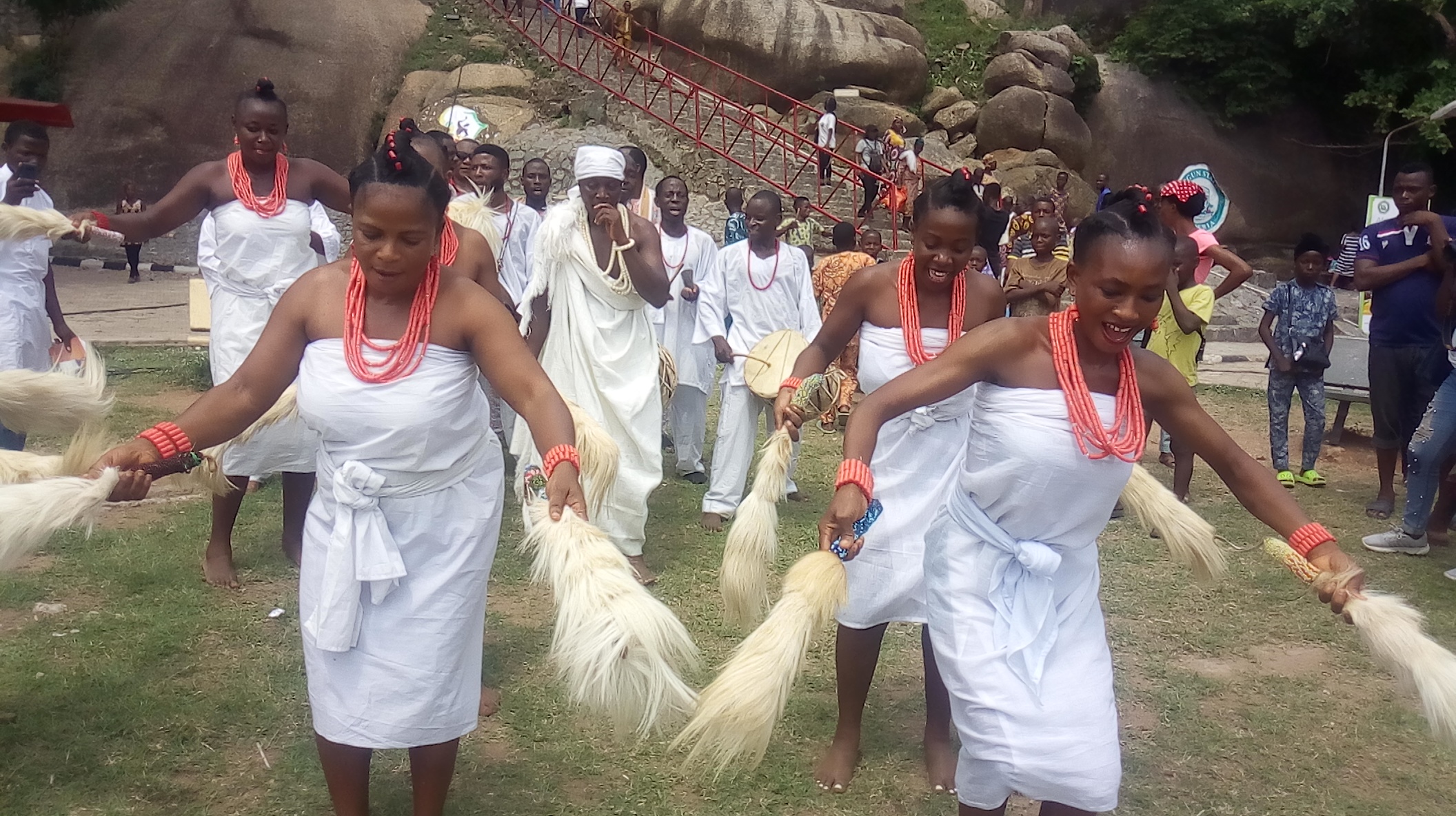 By Lere Omoetan On Apr 30, 2019
0 6
Share
The Director-General, Ekiti State Council for Arts and Culture, Wale Ojo Lanre has commended the state cultural troupe for its impressive performance at the just concluded 4th African Drum Festival held in Abeokuta.
He  lauded  the state Governor , Dr Kayode Fayemi for his moral  and logistic support which enabled the Ekiti Standing Cultural Troupe to attend the event
Ojo lanre  remarked that  the troupe’s electrifying performance did not only  thrilled the audience but cultivated an immeasurable respect and acknowledgement of its preparedness for the festival
He pointed out that though it was painful , that despite the acknowledged spectacular performance of the Ekiti Troupe ,the judges’s result was not in its favour .
Ojo  Lanre pointed out  that in spite of the daunting challenges ,  the troupe staged and  displayed talents and skills to the admiration of both local and a foreign tourists who witnessed  the historic event.
The Director General also commended all the  Directors of the council  for their efforts and contributions towards the successful participation at the festival.
While appealing to the troupe and the officials not to allow their morale to be shattered by the outcome of the event Ojo lanre said they should see it as a litmus contest meant  to brace them up  and prepare  to win subsequent competitions ahead.