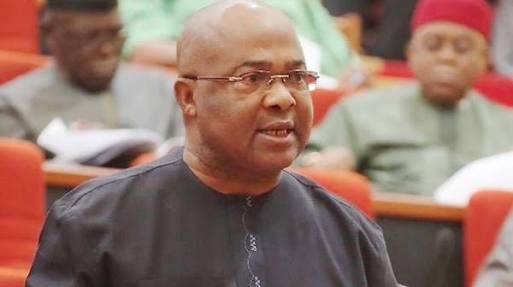 Fresh legal moves to sack Senator Hope Uzodinma as governor of Imo state has commenced before the Abuja division of the Federal High Court, Daily Sun reports. The fresh suit was filed by the Reform and Advancement Party (RAP) and its 2019 governorship candidate in the state, Okere Kingdom.

Kingdom and his party are asking the court for a judicial interpretation on whether the All Progressives Congress (APC) actually sponsored Uzodinma as its candidate for the said election.

Governor Uzodinma’s lawyers should be getting ready to keep him as Imo governor.

The plaintiffs are specifically asking the court to order the Independent National Electoral Commission (INEC) to withdraw the certificate of return issued to Governor Uzodinma and to issue a fresh one to the candidate of the Peoples Democratic Party (PDP), Emeka Ihedioha as the validly elected governor of the state.

The suit is predicted against the backdrop of the judgment of the Supreme Court in appeal no: SC/1384/2019 which upheld the decision of both the Court of Appeal and the Federal High Court and affirmed Ugwumba Uche Nwosu as the authentic and duly elected/nominated 2019 Imo state governorship candidate of the APC.

In an originating summons dated and filed on Saturday, June 25, marked FHC/ABJ/CS/677/2020, the plaintiffs formulated several questions for determination by the court.

Uzodinma was proclaimed governor by the Supreme Court last year in a decision many described as controversial. Fact check: How true is the claim that Ogun guber election should be declared inconclusive?

The governor has since faced heavy opposition from most residents if Imo state who feel aggrieved over the apex court’s decision.

Recall that the Department of State Services in Imo state recently arrested Comrade Ambrose Nwaogwugwu, the director-general, Imo PDP new media directorate. The PDP chieftain was said to have made some social media posts targeting the government of Governor Uzodinma.