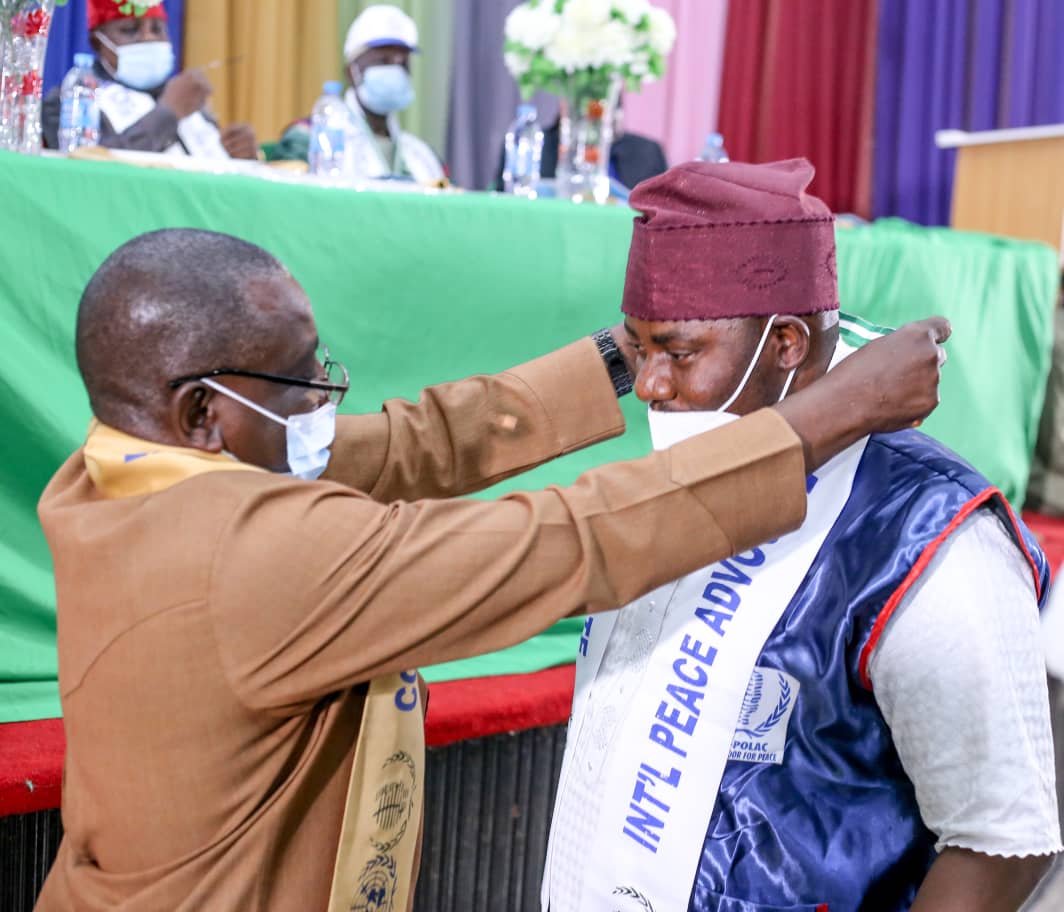 The United Nations (UN) has today bestowed a rare award of Honour on the Executive Chairman, Oyo State Road Transport Management Authority, Mogaji (Dr.) Akin Fagbemi in full recognition of the highly significant roles the Authority (OYRTMA) played before, during and after the recent agitations by Nigerian Youths in the guise of the #endsars protests, the effective management of movements during the height of the global Covid-19 Pandemic particularly in Oyo State, Nigeria and the unprecedented innovation of a Fast-track Emergency Response Operations Team to further safe lives of accident victims in the State.

The award was presented on behalf of the Secretary-General of the United Nations Mr. Antonio Guterres by the Director General/Chairman Board of Trustees of the United Nations Positive Livelihood Award Center (UN-POLAC) Obong (Prof.) Halo B. Eton MyrP, FCWI, FIWS at the Nigerian National Merit Award House, Aguiyi Ironsi Street, Maitama, Abuja.

In his commendation speech, the UN Secretary General congratulated the entire administration of Engr. Seyi Makinde led Oyo State Government for her pro-activeness in conflict resolution and immense promotion of peaceful co-existence among Nigerians particularly within the residents of Oyo State and by extension the Southwestern part of Nigeria.

By this Honour, Mogaji (Dr.) Akin Fagbemi was conferred Ambassador for Peace (AmbP) and thus in consonance with the UN-General Assembly Declaration for Peace and Non-Violence entitled to be addressed at official ceremonies as “His Excellency, Dr. Akin Fagbemi AmbP” and avails him the privilege to be beckoned upon for Peace making locally and internationally as well as conflict resolution and other engagements that promotes peace and positive living inline with the UNESCO and UN General Assembly Resolution declaring this decade as that of Peace and non-violence.

The Ibadan-born renowned scientist and philanthropist is an expert with a PhD in Food Biotechnology and numerous Professional & Academic Certificates from revered institutions of higher learning across the world including the University of Maryland, USA, The Michigan State University U.S.A, Ahmadu Bello University, Zaria, Nigeria and the International Institute for Tropical Agriculture (IITA) amongst others.

Dr. Fagbemi is recipient of several other awards prominent of which is the Best Performing Head of Government Agency (OYRTMA) in Oyo State (2020) by the Group of Independent Jounalists.

He dedicates the Award and Honour to His Excellency, Governor Seyi Makinde for creating an enabling environment like never before for the Authority to function optimally and deliver on its core mandate of ensuring free human and vehicular traffic across the Pace Setter State.