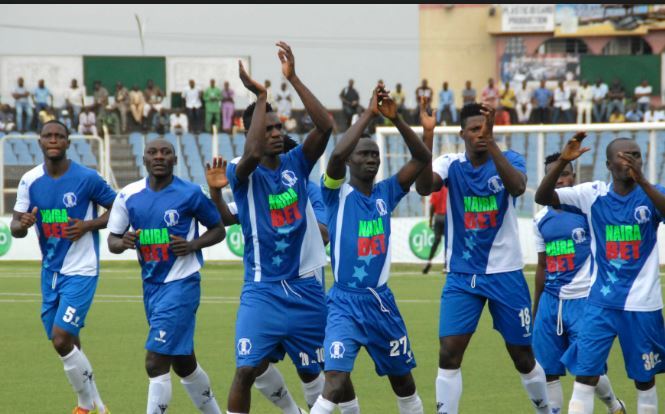 Engr Seyi Makinde the  gubernatorial candidate of the PDP in oyo state has blamed the state government for the continued under performance of the Shooting Stars football club.

In a statement issued by his campaign organization and signed by Prince Dotun oyelade, the PDP candidate said it was ridiculous that the APC candidate,Chief Bayo Adelabu would promise financial assistance to the club if it gains promotion even when his boss, Governor Ajimobi could not assist the club to win a single trophy in 8 years.

Makinde said the failure of Shooting Stars to gain promotion again this year will go down as one of the most mismanaged clubs in the history of football management in Africa.

Even as we mourn the  final decline of what used to be one of the best continental clubs, it is an opportunity for us to start from the scratch and build our darling club to international contention as soon as possible.

I feel inclined, Makinde said, to apologize on behalf of a government that has lost touch with the passion of our great people.

He added that no stone will be left unturned to ensure the return to Glory of the Oluyole warriors on assumption of office by May this year.

For a start, all efforts will be geared towards enthroning a workable model that involves 21st century administration that is result driven.

Engineer Makinde added that the football loving people of Oyo state will no longer reminisce about past glories as he will back the club with all necessary support while encouraging private partnership.