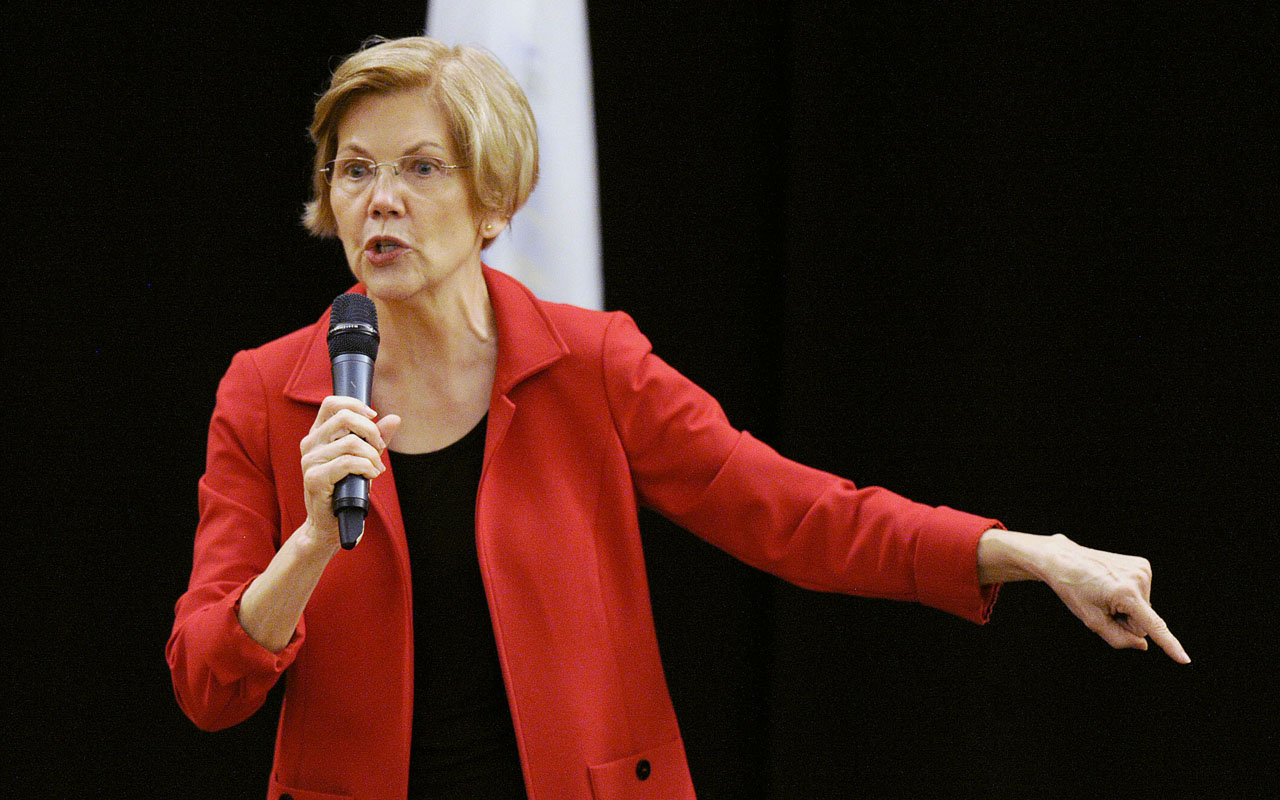 US Senator Elizabeth Warren, a potential 2020 Democratic presidential contender, released DNA test results Monday confirming her Native American ancestry and challenged Donald Trump to donate the $1 million he promised if the results proved her claim.
The 69-year-old Warren, a leading progressive voice, has been derisively called “Pocahontas” by the president and accused of lying about her lineage in order to gain advantages in her career including a plum teaching job at Harvard.

But an analysis of her DNA performed by Stanford University professor Carlos Bustamante concluded that while the vast majority of Warren’s ancestry is European, there is definitive evidence that she has Native American blood.

“The facts suggest that you absolutely have a Native American ancestor in your pedigree,” Bustamante said in a video released by Warren on Twitter.

According to the Boston Globe, Bustamante calculated that Warren’s Native American ancestor appeared in her family tree “in the range of 6-10 generations ago.”

The result appears to tie in with what Warren has said about her family lore of a great-great-great-grandmother who was at least partially Native American.

Warren, who was raised in Oklahoma but represents Massachusetts, made an elaborate rollout of the results Monday in order to dispel questions from Republican critics that have dogged her for years.

“I never expected my family’s story to be used as a racist political joke, but I don’t take any fight lying down,” she tweeted.

‘Who cares?’
Trump seized on Warren’s heritage claims during 2016 presidential labelled, when he labelled her “Pocahontas,” a racial slur.

At a campaign-style rally in July Trump revived the attack in a challenge to Warren: “I will give you a million dollars to your favourite charity, paid for by Trump if you take the test and it shows you’re an Indian.”

Warren on Monday was quick to remind the president of his provocation, pointing out that her chosen charity is the National Indigenous Women’s Resource Center.

“Send them your $1M check, @realdonaldtrump,” she said.

But when pressed about her call for him to pay up, Trump turned defensive. “I didn’t say that. You better read it again,” he said.

Warren’s four-minute video appears aimed at settling the longstanding dispute about her bloodline, as well as charges from critics that she used her heritage to advance her career.

“My background played no role in my hiring,” she says in the video, which includes clips from several bosses and co-workers saying she was hired on her merits.

Warren’s results revelation is reminiscent of Barack Obama’s decision in 2011 to release his long-form birth certificate following years of haranguing by Trump, who pushed the conspiracy theory that the nation’s first black president was born in Kenya.