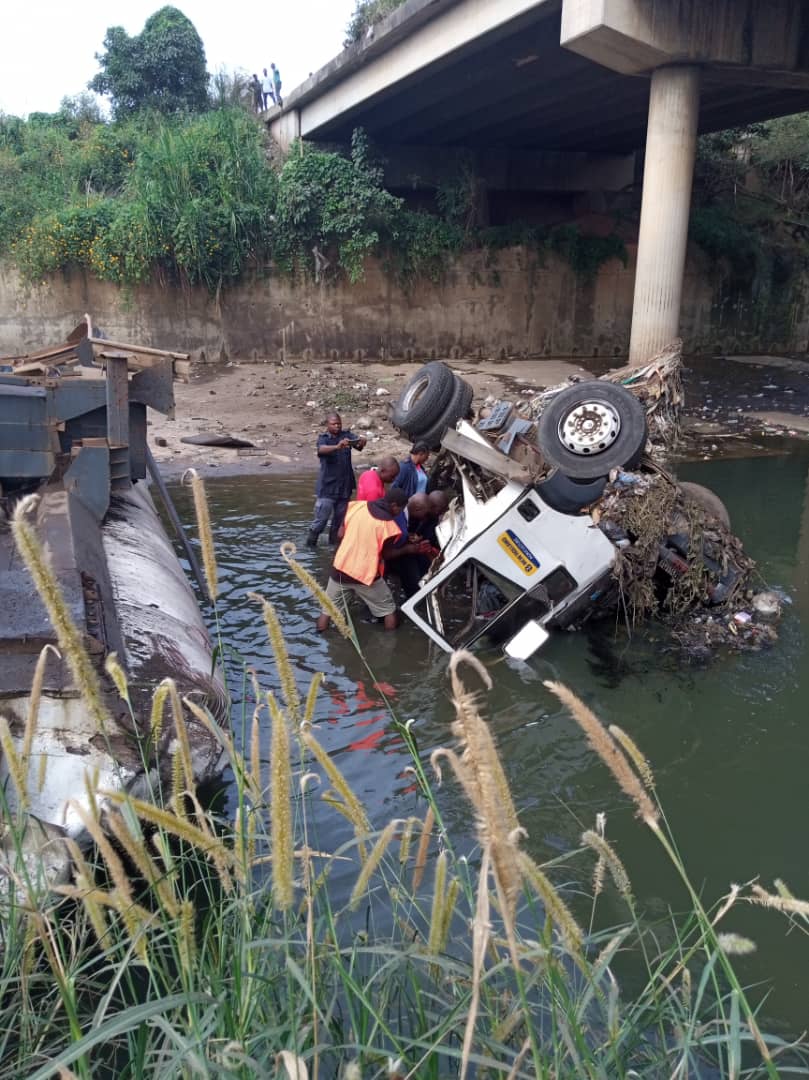 A petroleum truck transporting fuel from Lagos axis towards Ibadan along Lagos Ibadan express road fell off the popular soka bridge into the river leaving the driver dead on the spot, sunrisebulletin.com reports.

Confirming the incident to Sunrisebulletin.com, the head of disaster management, Nigerian Security And Civil Defence Corp (NSCDC), Oyo state command, Assistant Commandant Shehu Ibn Umar, explained that the accident could either be as a result of break failure or fatigue arising from driving long distance.

AC Umar, maintained that his men were immediately deployed to the scene of the accident after its office was contacted around 0900hrs of Wednesday where they conducted a rescue operation alongside men of the Oyo state fire service.

He added that the driver died on the spot immediately the petroleum truck fell off into the soka bridge into the river.

The tanker according to AC Umar, was seriously damaged so much that the Premium Motor Spirit (PMS) it was carrying spilled out.

According to the Assistant Commandant, hoodlums who attempted to take advantage of the ugly situation to scoop the gushing fuel were prevented by officers of the NSCDC in order to avert fire disaster.

The corps of the driver has however, been taken to the mortuary at Adeoyo State Hospital, Ibadan.