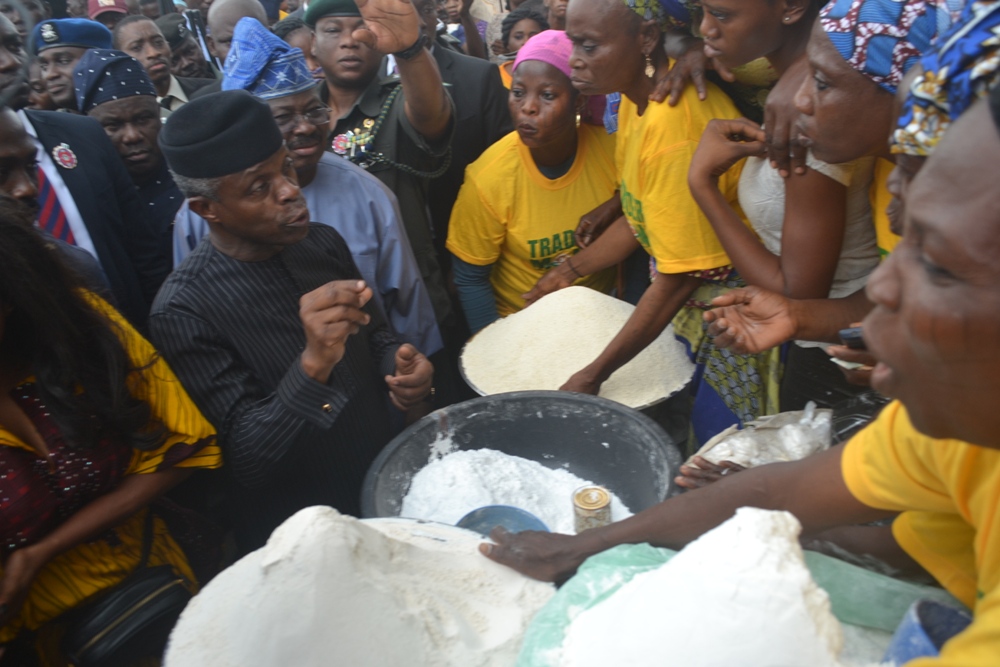 Thirty-two days after about 27, 000 traders in Gbagi international market Ibadan, Oyo state benefited from the Federal Government’s TraderMoni, another batch of traders in Bodija and Oje markets of the city were on Thursday captured by the government, to grow their socioeconomic activities across Nigeria.

The Vice President Yemi Osinbajo again led the government’s delegation to the two markets, where traders trooped out enmasse and hailed the initiative.

A pepper seller in Bodija market, Monsurat Ajadi told our correspondent that the initiative was a laudable development. She said her family had been praying that she was chosen among the latest beneficiaries.

Another beneficiary, Mrs Romoke Aweni said the amount though paltry but was capable of changing the fortunes of petty traders, just as she promised to make judicious use of it to better her trade.

At Oje, Osinbajo was also the cynosure of all eyes as he restated President Muhammadu Buhari’s commitment to alleviate sufferings of the poor masses through the TraderMoni, being implemented under the Government Enterprise and Empowerment Programme (GEEP). 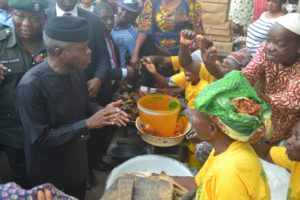 Osinbajo said the government was sincere about empowering two million traders for the scheme, assuring that more traders would be captured nationwide.

He stressed that the policy of the Federal Government is to support businesses through the scheme, not just big businesses but particularly small, medium-sized and micro businesses.