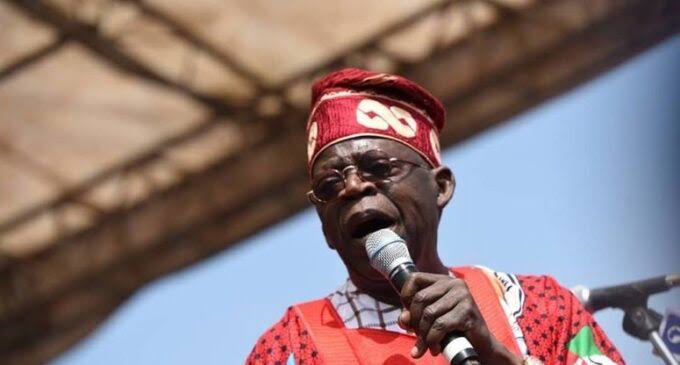 During a meeting with journalists at government house, Benin, last year, Godwin Obaseki, who has just got another four-year mandate to govern Edo state, acknowledged the role Adams Oshiomhole played in him bringing him to power but expressed shock over the turn of events. He wondered why his relationship with “comrade”, as Oshiomhole’s political allies refer to him, turned sour suddenly.

But Obaseki was confident of victory, counting on the support of his people.

“Oshiomhole supported me in 2016. He showed me to the people and they accepted me. Suddenly, he made a U-turn and told them he wanted to introduce another person to them but they said ‘No. You have shown us this one, we want to continue with him,” he had said.

Indeed, the September 19 governorship election was about Oshiomhole, a man who dominated the politics of Edo like a Trojan for about 11 years. Many in Edo did not see any reason behind the sudden disinterest in Obaseki by Oshiomhole. So, when Oshiomhole “undressed Obaseki in the public”, the Edo people came to his rescue.

‘You can help someone get a job but you should not help the person do the job’. This summaries Obaseki and Oshiomhole relationship

Keen observers of Edo politics believe one of the factors that made Obaseki emerge victorious in the poll is certain changes he made shortly after he assumed office. Perhaps the most talked-about is the removal of “thugs” as agents for the collection of revenues within the Benin metropolis. Commercial bus and taxi drivers, shop owners and hawkers within the Benin metropolis heaved a sigh of relief after the then new governor put an end to the practice.

And he did not stop there. Working in tandem with the Benin palace and the Oba of Benin, Oba Ewuare II, Obaseki announced the proscription of community development association (CDA), thereby saving those who aspired to acquire lands from speculators who fed fat on them. The politicians who had formed the habit of visiting the government house to collect largesse got what they did not bargain for after Obaseki put an end to such.

Overtime, commoners fell in love with Obaseki and started seeing him as a shield from their oppressors. By focusing on the people and resetting Edo, Obaseki won the hearts of the majority of Edo people.

Teachers, civil servants and pensioners soon joined the list of his admirers as protests over unpaid entitlements disappeared. Some Edo residents see Obaseki as a governor who outperformed his predecessors. Majority are quick to point at the rebuilt Samuel Ogbemudia stadium, the new secretariat building and construction and maintenance of roads. While many of his supporters admit that the governor has not been able to create the 200,000 jobs he promised, they see his achievement in the agricultural sector as a plus for his government. The attention paid to technical and vocational education is equally well talked about following the revitalisation of moribund technical and vocational institutions in the school.

Still on Oshiomhole, his decision to back Osagie Ize-Iyamu and single-handedly replace Obaseki with the pastor came as a rude shock to many. Here is a man he vilified and called unprintable names in the run off to the 2016 governorship election. While it is given that only personal interests matter in the politics of Nigeria, the sight of Oshiomhole campaigning for Ize-Iyamu irritated many people.

Perhaps not in the history of Nigeria has such rapprochement be seen before. The PDP capitalised on what Oshiomhole used against Ize-Iyamu when he campaigned for Obaseki. While Oshiomhole tried to wish away all the negative things he said about Ize-Iyamu in 2016, PDP and Obaseki would not have that. Weeks before the election, they compiled Oshiomhole’s vituperations against Ize-Iyamu and put turned it to a video they put on a giant screen at Ring Road in the heart of Benin City. Giant speakers were also put in strategic location for clear audio.

In a 4:53 minutes video broadcast released on the election week, Bola Tinubu, a national leader of the APC, appealed to the Edo electorate to reject Obaseki. But if truly he had the mind of campaigning for Ize-Iyamu, the video achieved its exact opposite as it triggered anger across the state.

As a natter of fact, shortly after the video went viral, “Edo No Be Lagos” started trending on social media and on Saturday, the people revolted against what they considered “undue interference:

The expression, “no man is God” was made popular in the politics of Edo by Adams Oshiomhole after he became governor. After his electoral victory over political giants such as Anthony Anenih, and the Esama of Benin, Gabriel Igbinedion, who hitherto dominated Edo politics, Oshiomhole had famously declared that “no man is God” in his mockery of the two elder statesmen. He further said that God used him to silence godfathers, who he said held that every political power in the state must come from them.

The former governor refused to accept allegations levelled against him that he had become the new godfather after he single-handedly installed Obaseki governor in 2016.

Obaseki had shown no interest in becoming governor when Oshiomhole picked him out as his preferred successor. By picking an unwilling horse in Obaseki, Oshiomhole overlooked opinions from party leaders and killed the aspirations of those who wanted to succeed him such as his then deputy, Pius Odubu.

In no time, the Edo people started asking if it was right of Oshiomhole to decide for the rest of them who should govern them. They took him back to his chant that “no man is God,” asking him why he was trying to play God over their collective destiny. The Benin people were particularly irked as to the reason why someone all the way from Auchi will rubbish one of their own and tell the rest of them the right path to follow. The resounding victory for Obaseki in the seven local government area of Edo south on Saturday was a proof of how much the Benin people resented Oshiomhole’s antics.

While the APC and its parent party, the ACN, dominated the politics of Edo between 2008 and 2020, the people of the state never discarded their interests in the umbrella party. The party has never lost presidential election in the state since 1999 and produced two out of three senators in the state during the height of the APC’s domination in the 2015 and 2019 elections. The central senatorial district populated by the Esan people was even a fortress for the APC before now with the PDP winning all national assembly seats in the area since 1999.

The marriage of Obaseki and the PDP in June, according to political analysts, was all that PDP needed to add the all important Edo south (Benin) to the one they already in their kitty, the Edo central. Many knew that with the popularity Obaseki enjoys in Benin, there was no way the PDP will lose in the zone with about 58 per cent of the entire voters’ population in the state. Edo south plus Edo central is a win for PDP even if the party records poor performance in the APC stronghold of Edo north senatorial district. The election turned out this way even as the PDP performed above expectations in the Edo north zone.

Although Ojezua, former chairman of Edo APC, did not move to the PDP with Obaseki, he worked for the reelection of the governor

While Oshiomhole dominated the APC in Edo, some other leaders of the party in the state were not at home with many of his actions but lacked the power to challenge him. The decision to give the party’s gubernatorial ticket to Ize-Iyamu, however, was one they would not take. Rather than decamp to the PDP like Obaseki, many of these leaders chose to remain in the APC and work for the PDP. Those in this category are Osarodion Ogie, secretary to the state government; Anslem Ojezua, factional Edo APC chairman; Frank Okiye, speaker of the state house of assembly, and Matthew Iduoriyekemwen.

The duo of Ogie and Iduoriyekemwen were said to have combined forces to give PDP a resounding victory in Ikpoba Okha local government area.