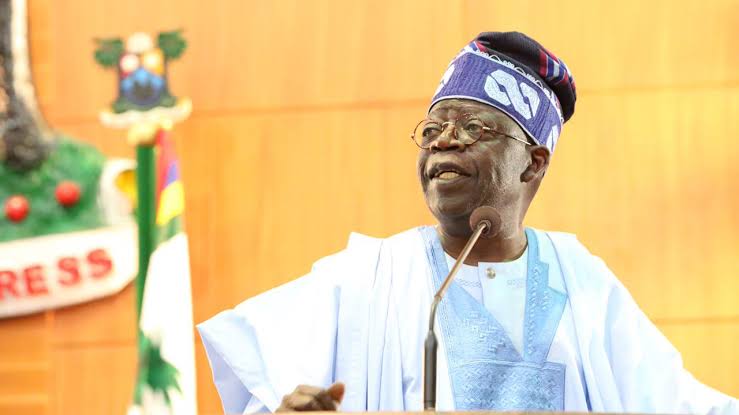 Former Governor of Lagos, Bola Ahmed Tinubu alongside all leaders of the All Progressives Congress, APC in the South-West have unanimously rejected calls for the division of Nigeria and have instead called for ethnic and religious unity.

POLITICS NIGERIA gathered that in a meeting in lagos on Sunday, attended by South-West APC governors, the national leader of the APC, Bola Ahmed Tinubu, Speaker of the House of Representatives, Femi Gbajabiamila, Chief Bisi Akande amongst others, the leaders expressed deep commitment to the unity of the country adding that secession won’t be in the best interest of the nation.

They also expressed support for the ban on open grazing in Southern Nigeria. A communiqué issued after the meeting read in part;

“Concerned about the state of the nation particularly the serious security challenges facing the country, All Progressives Congress leaders in the South-west met in Lagos on Sunday May 24, 2021.The meeting was characterised by open and frank discussions of the difficulties now facing Nigeria.”

“The Leaders commiserate with and condole the President and Commander-in-Chief, President Muhammadu Buhari, the military authorities, families of the Chief of Army Staff and other officers who died, and indeed the entire nation over last Friday’s tragic plane crash in Kaduna.”

“They express their strong opposition to separatist agitations and hate speeches. While urging those indulging in such to desist forthwith, they renew their belief in the unity, stability and sustainability of the country.”

“We endorse the position of the Southern Governors taken at their May 11, 2021 summit in Asaba, Delta State, regarding ranching. We do so because such a decision will lessen tensions between farmers and herders while also helping the long-term economic viability of both the farming and herding communities. We are mindful of the short-term dislocation this might cause but are also mindful that this position is in the best interests of all parties concerned.”

“We, therefore, recommend that the federal and state governments cooperate fully with each other to enact the necessary measures to encourage this more effective and modern method of cattle-rearing so that both farmers and herders can pursue their livelihoods with greater productivity and in a more cooperative relationship that minimizes the friction between these two important pillars of our agricultural economy.”

The leaders condemned the use of violence to achieve political power/advantage.

“We restate our abhorrence of violence as a means to achieve either political or economic power and influence. We strongly condemn violence of any form in any part of the country, regardless of ethnic or regional identity of the perpetrators of the violence or of the victims. Government must do all it can to protect potential victims and to assist those who have previously been victimized by terrorism or widespread banditry.”

Nigerian Flag To Fly At Half Mast For Three Days As Nigeria Mourns Late COAS, Others