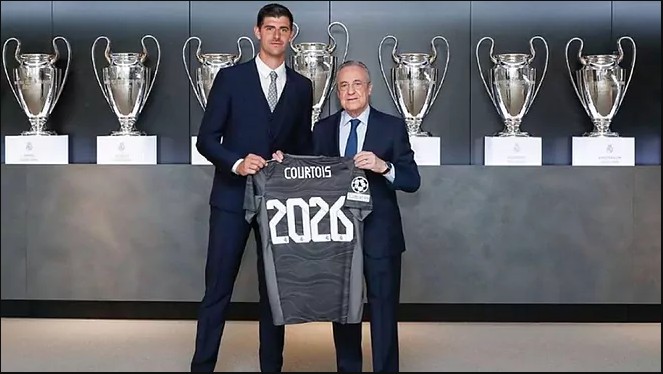 The Belgian was said to have being at the club since making the move from Chelsea in the summer of 2018.

Courtois has proved to be one of the best goalkeepers in world football.

The Spanish giant confirmed the news of Courtois’s contract extension at the club in a statement the issued on Monday, August 16, 2021.

“Real Madrid and Thibaut Courtois have agreed to extend the player’s contract for five more seasons, until June 30, 2026.”

Newspremise recall that Courtois featured for Belgium at just concluded Euro 2020, as they reached the quarter-finals and he has now represented his country on 89 occasions.