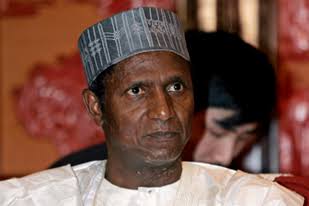 THERE WAS THE MOST HONEST PRESIDENT: Com. YSO Olaniyi

I’ve been having sleepless nights for the past two weeks! It is NEITHER because my principal (His Excellency Otunba Alao-Akala) withdrew from the 2019 Oyo guber race for selfless reasons that many people do not know yet NOR because of my personal worries. Frankly, the rate at which my country is decelerating since 2015 is the cause of my insomnia.

Last night, I retired to my bedroom as early as 8:30pm with the hope that I would have Allah’s Grace to sleep for 8hrs at least but THE ALMIGHTY GOD kept me awake. He opened my mind and brain to reflect on our past leaders and ONE MAN STANDS OUT. Who’s that 7UP? He was a lecturer, mechanised farmer and corporate businessman turned politician – His Excellency Late Umaru Musa Yar’Adua (the 13th president of the Federal Republic of Nigeria)

He was declared the winner of the controversial Nigerian presidential election held on 21 April 2007, THOUGH HE COULD STILL HAVE WON THE ELECTION UNDER A FREE, FAIR AND CREDIBLE electoral process with PDP in control of majority states and the National Assembly (Red & Green Hallowed Chambers) then.

Despite his chance, he admitted that 2007 Elections were flawed. Let me quote Mr. 7UP verbatim:

*Umaru Yar’adua: My Election Not Free and Fair

Late Yar’Adua admitted that the elections that produced him as president “had shortcomings” and vowed electoral reforms to correct the system. The polls were widely criticized by local and foreign observers as flawed.

Alhamdulilah! The Yar’Adua Legacy did not only lift our electoral system from  nadir (-50) to a credible status (+75) but also produced a legend in the person of Prof. Attahiru Jega.

Late Alhaji Umaru Musa Yar’Adua was a very imperfect and sinful creature BUT he’s truly HIS EXCELLENCY, HIS HONOURABLE and HIS EMINENT. May Allah Overlook his sins and place him in Aljannah Fridauz. May He comfort his families and those of us that believe in his enduring Legacies.

IBADAN HOUSE ON FIRE: Who Bell The Cat? By Lanre Ogundipe