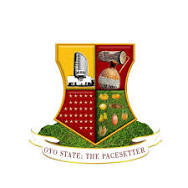 The Oyo State Government, on Thursday announced the employment of 5,000 out of 6,339 applicants who were invited for the oral interview by the Teaching Service Commission.

The announcement was made by  TESCOM Chairman, Mr. Akin Alamu while speaking on Ibadan based radio station, Fresh FM .

”As I speak, there is ongoing uploading of 5,000 successful applicants for the teaching job in Oyo state, before the last hour of today ( Thursday 5th ), successful candidates will be able to confirmed their names on internet,”the chairman said.

He also revealed that 91% of the successful applicants were native of the state.
He noted that 300 Physically challenged individuals also applied out of which 150 individuals will be employed directly for teaching, and 50 for non teaching.

Speaking further on the Non- Teaching selection process, he revealed that 7000 out of the 26,000 applicants have been shortlisted for interview next week.

Mr Alamu also revealed that the initial plan was to employ 4,000 teaching applicants but the Governor directed the the employment an additional 1,000 applicants to reduce the rate of unemployment among youths in the state.

Applicants are directed to use the phone number used to applied for the job, to check their employment status on internet.