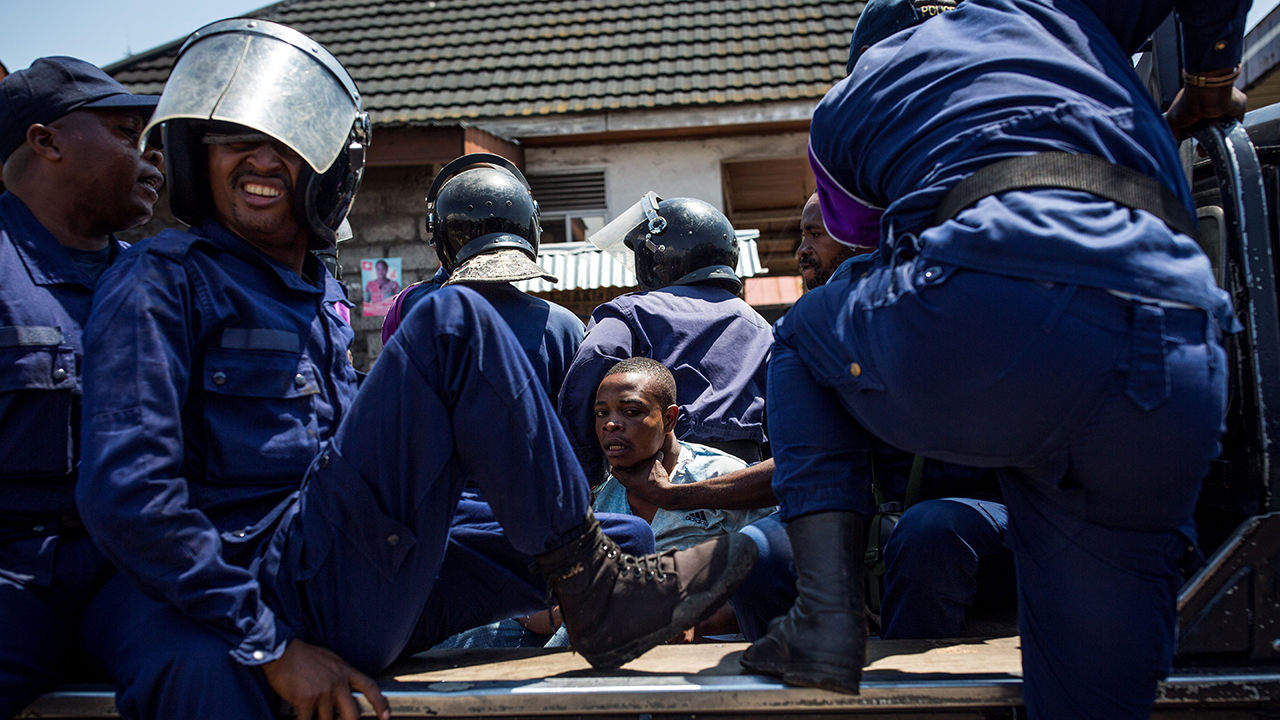 DR Congo was on edge Saturday, just 24 hours ahead of a deadline for announcing preliminary results from last week’s crucial presidential election as world powers heaped pressure on Kinshasa to respect voters’ wishes.

Despite the January 6 deadline, the election commission chief warned earlier this week that publication of the provisional results may well be delayed in a move likely to stoke further tension in this notoriously unstable central African nation.

At stake is the political stewardship of a mineral-rich country that has never known a peaceful transition of power since independence from Belgium in 1960.
Kabila had been due to step down two years ago, but managed to cling onto power, sparking widespread protests which were brutally repressed and leaving dozens dead.
Despite repeated delays, the vote went ahead on Sunday, pitting Kabila’s handpicked successor Emmanuel Ramazani Shadary against two opposition candidates, veteran heavyweight Felix Tshisekedi and newcomer Martin Fayulu.

Although election day itself was relatively peaceful, tensions have mounted over the lengthy counting process, with many fearing the result could be manipulated in Shadary’s favour and with any delay likely to further exacerbate the situation.
The Independent National Electoral Commission (CENI) had said it would release preliminary results on January 6, followed by a definitive count on January 15 with the new president to be sworn in three days later.
But on Thursday, election chief Corneille Nangaa told AFP that CENI had only collected about a fifth of the results, blaming massive logistical problems in a country the size of Western Europe with very poor infrastructure.

Anger at the church –
But the ruling coalition, the FCC, angrily rebuffed the church’s statement, accusing CENCO of “seriously breaching” the constitution and electoral law by “illegally declaring voting trends” in favour of a given candidate.
The last two elections in 2006 and 2011, both of which were won by Kabila, were marred by bloodshed, and many fear a repeat of the violence if the results are put in doubt.
In 2006, Kabila defeated former warlord Jean-Pierre Bemba in a violence-tainted poll, and five years later, he was re-elected in another vote blighted by bloodshed, chaotic organisation and alleged irregularities.

The results were rejected by the opposition.
Between 1996 and 2003, DR Congo lived through two fully-fledged wars that claimed millions of lives through bloodshed, fighting, starvation and disease.

Oshiomole Calls For Rejection Of Atiku, As Lalong Pledges To Die for Buhari