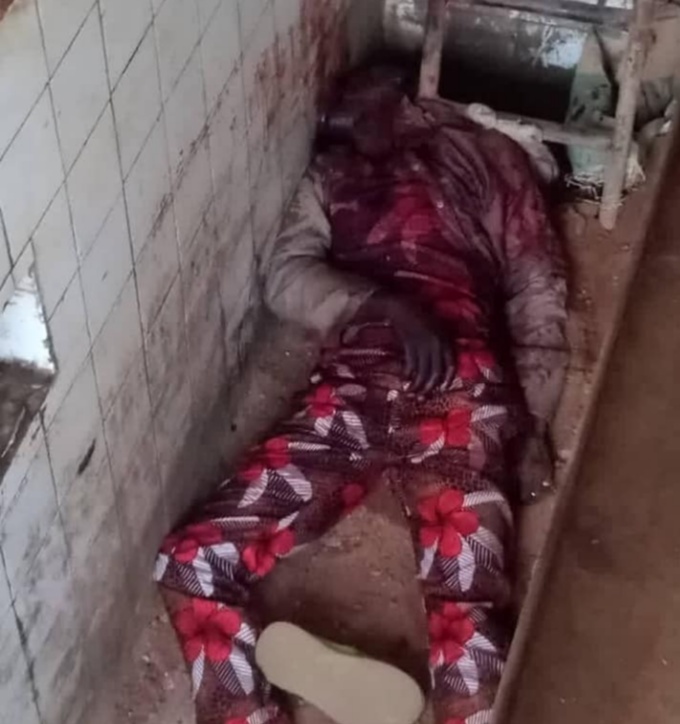 According to Blogger Donald , A security guard attached to Tybato filling station was on Saturday morning, December 12, found dead in Moniya area of Ibadan, the Oyo state capital.

The deceased identified as Semiu was reportedly hacked to death by assailants suspected to be armed robbers.

He was found in the pool of his own blood at the wheel alignment section of the filling station. A stick with blood stains was found close to his body. Donald Reports

It was gathered that hoodlums had stormed Asanmajana area on Friday night and security guards in the community resisted them from carrying out their operation as they exchanged gun shot.

Residents suspect that the security guard could have been killed by the suspected hoodlums on the suspicions that he could identify some of the criminals.