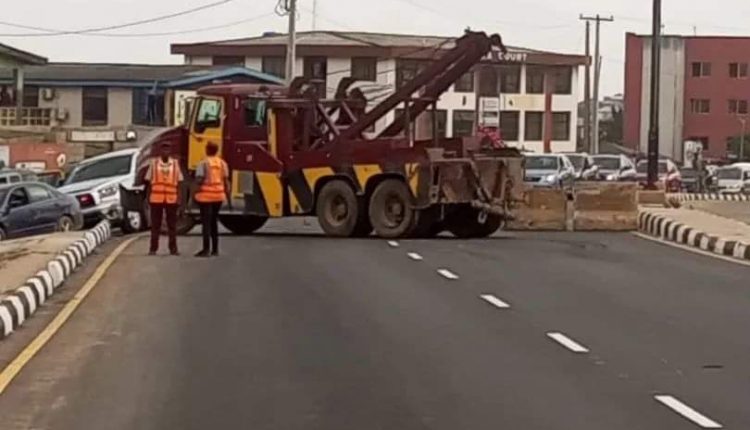 Sequel to intelligent reports of proposed demonstration by members of the National Association of Nigerian Students (NANS) over the ongoing industrial action by the Academic Staff Union of Universities (ASUU), the Oyo State Road Transport Management Authority (OYRTMA) has issued traffic advisory to commuters moving inward or outwards Ibadan Metropolis to avoid the Toll-Gate axis of the Lagos-Ibadan expressway, Ibadan today 14th September, 2022 between 1000hours-1600hours. This is to avoid been caught in a web of protracted traffic loggerheads capable of wasting productive hours as experienced in neighbouring States yesterday.

According to the Executive Chairman, OYRTMA, Mogaji Akin Fagbemi Ph.D, this advisory is a form of proactive steps by the Oyo State Government to safe innocent motorists and commuters from being unnecessarily delayed.

“To this end, those moving inward Ibadan from Lagos, could branch at Guru-Maharaji Bridge, Idi-Ayunre to link Podo to New Garage and navigate through Ibadan Township”, Dr. Fagbemi said.

He further said that “Commuters moving outward Ibadan to Lagos are advised to move via Challenge to New Garage to Podo and then loop Guru Maharaji junction along the Expressway so as to avoid the Toll Gate area”.

The OYRTMA Boss added that motorists who has no direct business in and around Iwo-Road axis are also advised to avoid the area to ease traffic while the demonstration lasts. He reiterates that vigilance of everyone is safety for all, negligence of anyone portends danger to all.