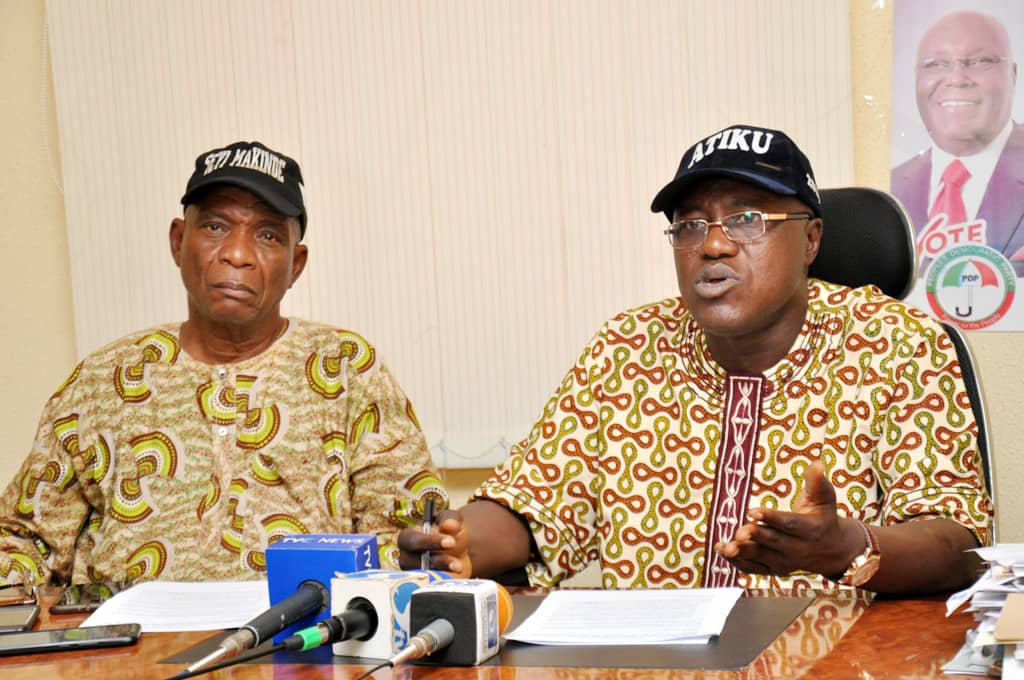 Nobody Has Harassed Us: Oyo REC.

The Coordinator of the  PDP Presidential Campaign for Oyo state Dr. Nureni Adeniran has alleged that the ruling All Progressive Congress in the state, through the state governor Sen. Isiaka Ajimobi  approached the state Resident Electoral Commissioner Bar. Mutiu Agboke who he said was harassed and threatened to do their bidding or be transferred out of Oyo state.

Dr. Adeniran made this allegation today at a press conference held at the campaign office of the People’s Democratic Party governorship candidate Engr. Seyi Makinde.

Adeniran who was the former commissioner for education in Oyo state also alleged that  governor Isiaka Ajimobi contrary to directive that sensitive election materials be returned to the CBN  insisted that they be taken to the government house, he however noted that Bar. Mutiu Agboke resisted the request by the governor.

He also spoke on plans by the APC and their agents in the state to reconfigure  smart card readers in the Agodi government house through coercion, an exercise that ought to have taken place at the INEC  office Adeniran stated.

Furthermore Adeniran also alleged that outright thumb printing said to be on going at the government house for over a week now has not been refuted by the state government.  He called on all relevant agencies who are saddled with responsibilities towards the coming elections not to succumb to pressure from the the ruling party or anyone to engage in any Ilegal and untoward practices that could change the will of the people.

In a swift reaction however, the Resident Electoral Commissioner in the state Bar. Mutiu Agboke denied that he was ever harassed by the ruling party.

He said ” Let me say here that there was no time the Governor wanted me to return sensitive materials to the government house. INEC doesn’t work under the state governor. I restate strongly that there was never any pressure on me. All our materials are now in the custody of CBN. We are already deploying them to the LGs.”

He also stated that there was never a time he was harassed or threatened by the ruling party.

“Let me reiterate and caution our stakeholders that INEC as a commission should not be dragged into the political controversy of any kind.

The commission under my leadership is ready to deliver credible poll. This would not just be credible but would be clearly seen and adjudged credible.”