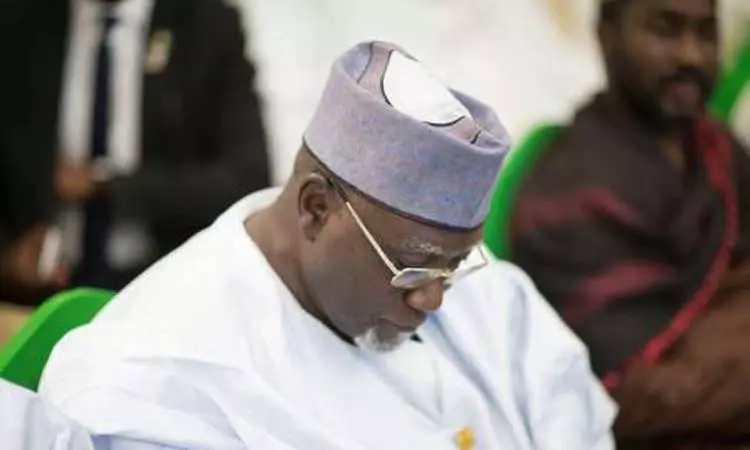 Speak out on Daura’s loot and thousands of PVC’s in his house- PDP tells Buhari, APC

The Peoples Democratic Party (PDP) has challenged President Muhammadu Buhari and the All Progressives Congress (APC) to end its silence and speak out on their “evident complicity in the alleged corrupt amassing of the N21billion, guns and thousands of Permanent Voter Cards (PVCs) allegedly found in the residence of the sacked Director General of the Department of State Services (DSS), Lawal Daura.

The party said in a statement issued on Saturday in Abuja by its National Publicity Secretary, Kola Ologbodiyan, that the discovery has not only exposed the “shameless hypocrisy of the Buhari Presidency but also stripped it of all integrity and brought its deceptive saintly posturing to a disgraceful end.”
The main opposition party added: “The world can now see that the PDP has not been raising a false alarm when it alerts that the Buhari Presidency has been using its much-hyped fight against corruption and sustained harassment of opposition as a cover to divert public attention from the humongous stealing going on under President Buhari’s official
“Nigerians have now seen that while the Buhari Presidency and the APC have been hounding and harassing opposition members with trumped-up corruption charges to create an impression of integrity and fight against corruption, their agents have been busy frittering away, and warehousing trillions of naira, ostensibly for their 2019 re-election and service their wasteful lifestyles, while millions of compatriots wallow in abject poverty across the nation.
“Today, the sneaky ways of this Presidency have further been exposed and it must not in any way seek to disown the sacked DSS DG as Nigerians already know that he was merely one out of the numerous agents being used by the APC and Presidency cabal in their nefarious activities, including warehousing money, fake PVCs and weapons to be unleashed during the 2019 elections.
“What the APC and the Buhari Presidency should note is the eternal reality that though the truth may be suppressed for a while, it always has a way of showing itself to light at the end.
“Nigerians are already aware of the leaked memo detailing alleged underhand oil contracts to the tune of N9 trillion at the NNPC and the Ministry of Petroleum Resources, which are under the direct supervision of Mr President.
“They are already aware of the alleged stealing of over N25 billion, meant for the health needs of the people, from the National Health Insurance Scheme (NHIS) and how the indicted and suspended Executive Secretary was recalled by Mr President.

“They are aware of the alleged diversion of crude oil worth N1.1tr, using 18 unregistered companies; the diversion of N18 billion Internally Displaced Person (IDP) funds and billions of unremitted revenue from sale of crude for which there have been deadlock at the Federal Accounts Allocation Committee (FAAC), all of which are being swept under the carpet by the Buhari Presidency.
“The time is ripe for the Buhari Presidency and its disintegrating APC to tell the nation how these corruption acts were allegedly perpetrated under an administration that lay claim to integrity.

Dogara defection plans on hold, over APC majority in the house

Budget Approval Delay: Elections will not be postponed- INEC Boss