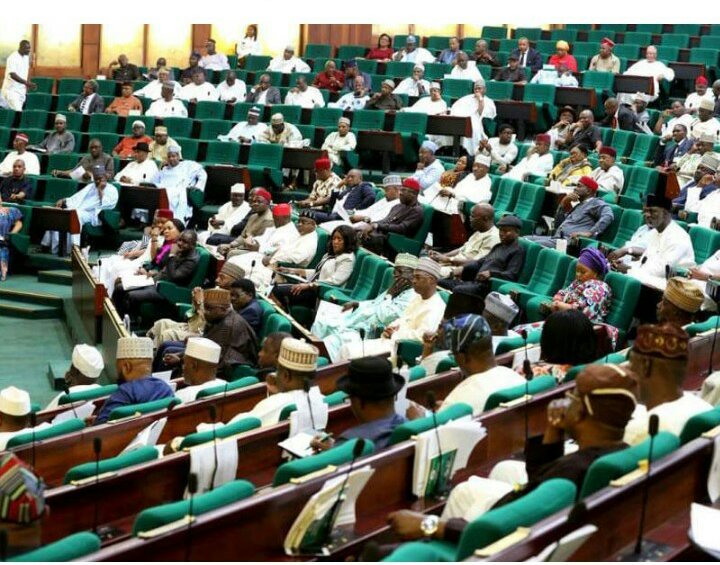 Shut Down of Govt Activities Imminent-Presidency

presidency Monday in Abuja warned that the refusal of the National Assembly to reconvene to approve presidential requests  could result in imminent shutdown of government activities.

The presidency’s alarm was the fallout of a meeting among Acting President, Prof. Yemi Osinbajo; Senate Leader, Senator Ahmad Lawan; and the Senior Special Assistant to the President on National Assembly Matters, Senator Ita Enang, behind closed doors in the Presidential Villa.

Speaking with journalists at the end of the meeting, Enang restated calls for the leadership of the National Assembly to reconvene and consider presidential communications, stating that only the reopening of the federal legislature could save the country from imminent shutdown.

According to him, the 2018 budget was conceived to be largely financed by foreign loans, pointing out that the exact amount to be borrowed to finance the budget was not clearly stated as stipulated by the extant law.

However, he argued that details were contained in the recent requests submitted by President Muhammadu Buhari to the National Assembly before it proceeded on vacation, adding that the approval was necessary now to enable the government put the machinery in place to secure such loans.

He said: “We are still appealing to the National Assembly to reconvene. You remember that we passed the budget with understanding that the greater amount of it would be gotten by foreign loans.

“Although this was approved that there would be loans, the amount to be gotten was not approved. The Fiscal Responsibility Act requires that the president should specifically state the amount the government wants to get from foreign loans and present it before the National Assembly.

“That letter has been presented to the National Assembly and the National Assembly has to pass that amount before the money could be obtained from foreign financing institutions. This is what we are asking and if it didn’t happen in the next few months, we may have a complete government shutdown.

“What we are receiving from the Federation Accounts as the federal government share of the capital component is not enough to sustain even the 15 or 20 per cent of the budget. So, there may be a complete government shutdown and I know that Nigerians are not going to like it. That is why we are still appealing.”

On who is in control of the majority in the Senate, whether it is the All Progressives Congress (APC) or Peoples Democratic Party (PDP), Enang echoed Lawan that more senators had defected from the PDP to APC, adding that the Minority Leader, Senator Godswill Akpabio, would join the league of senators who had defected from PDP to APC in recent times.

“Now the leader of the Senate has said that they are 53, but I want to assure him that the APC has harvested more people from the PDP and other political parties. The head of the PDP in the Senate is formally joining the APC family and that will be in a big ceremony on Wednesday, August 8 in Akwa Ibom State.

“So, the head of the PDP who holds all the documents of the PDP, Senator Godswill Obot Akpabio, is coming over with a great team and other minorities will join the APC family and we are good and strong,” Enang added.

Also speaking, Lawan appealed to the presiding officers of the two chambers of the National Assembly to reconvene the chambers immediately to pass the supplementary budget for the 2019 general election as well as the president’s virement request.

He said failing to pass the requests could hamper the preparation for both the elections as well as the smooth running of the government.

Lawan, who alleged that the failure to reconvene the legislative institution to approve the president’s requests could lead to sabotage, added that such approvals were also necessary for the provision of infrastructure for citizens’ need.

Lawan said: “You know that the budget for 2018 the capital aspect will be largely funded by foreign facilities, loans. Now we need to approve that. We also need to approve other important and essential requests especially that of INEC and other security agencies for our security to be improved.

“It is, therefore, very essential that we reconvene immediately to look into those issues because our government is almost stalled and I believe that if we are able to pass the supplementary budget and virement request from Mr. President, this will enable our administration to provide the various infrastructure that we have planned to provide for Nigerians and also all the other aspects of national development.

“Certainly, in the case of INEC for example, INEC could pick some items on the shelves but there are so many important and essential items that INEC will have to place order that could take about two to three months.

“So, it is very imperative that we do the needful, we should convene the National Assembly immediately and as legislators, as representatives of Nigerians, we will do what is best in the national interest.”

He challenged the PDP to publish the number of its senators, insisting that the APC remains in control of the majority in the Senate with 53.

Asked to confirm the allegation that APC senators were plotting to force their way into the parliament to execute their hidden plot, Lawan denied it, saying the information was strange to him.

Apparently yielding to the clamour from the executive arm of government, the leadership of the National Assembly will meet Tuesday to deliberate on the possibility of reconvening to deliberate on the N242 billion budget proposal presented before it in July by President Muhammadu Buhari to finance the 2019 elections.

The meeting billed for 12 noon in Senate Room 301, sources told THISDAY, would be presided over by the Chairman of the National Assembly and Senate President, Dr. Bukola Saraki, with the Speaker of the House of Representatives, Hon. Yakubu Dogara, in attendance.

President Buhari had on July 17 written to the two chambers of the National Assembly, seeking the approval of a budget totalling N242 billion for the purpose of 2019 general election, while also seeking the virement of some projects already inserted into the 2018 budget.

According to the president’s letter, which came into the legislature barely a week to the scheduled annual recess, the National Assembly was being requested to approve the virement of the sum of N164 billion from the 2018 budget.

Lawmakers Give Condition for Reconvening

Meanwhile, a group of lawmakers in the lower chamber under the auspices of the Parliamentary Democrats Group (PDG) Monday vowed that the call for reconvening of the National Assembly would not be heeded if the intention is to change the leadership of both chambers.

The group, in a statement signed by its spokesman, Hon. Timothy Golu, said although their leaders were meeting to consider the appeal from the presidency, the Senate and the House might consider the request only if there are assurances that no attempt would be made to unseat either the Senate president or the speaker and their deputies.

Golu said: “Our leaders are meeting to brief us on the appeal by the presidency for us to reconvene. There must be assurance that no illegality will be attempted to be done against any of our leaders.

“We are worried by the statements from some anti-Saraki senators like Adamu Abdullahi and Ali Ndume to the fact that the Senate president must be changed.”

According to him, “Talks are ongoing and as long as there is no threat to our democratic peace, we can reconvene to attend to issues.

“We want peace and stability for our democracy to grow and produce more good fruits and if among ourselves we are found guilty of any form of sabotage for personal reasons, then we are not fair to the people.”

Oyo 2019: The Departure of Ladoja will not Affect PDP- Ilaka