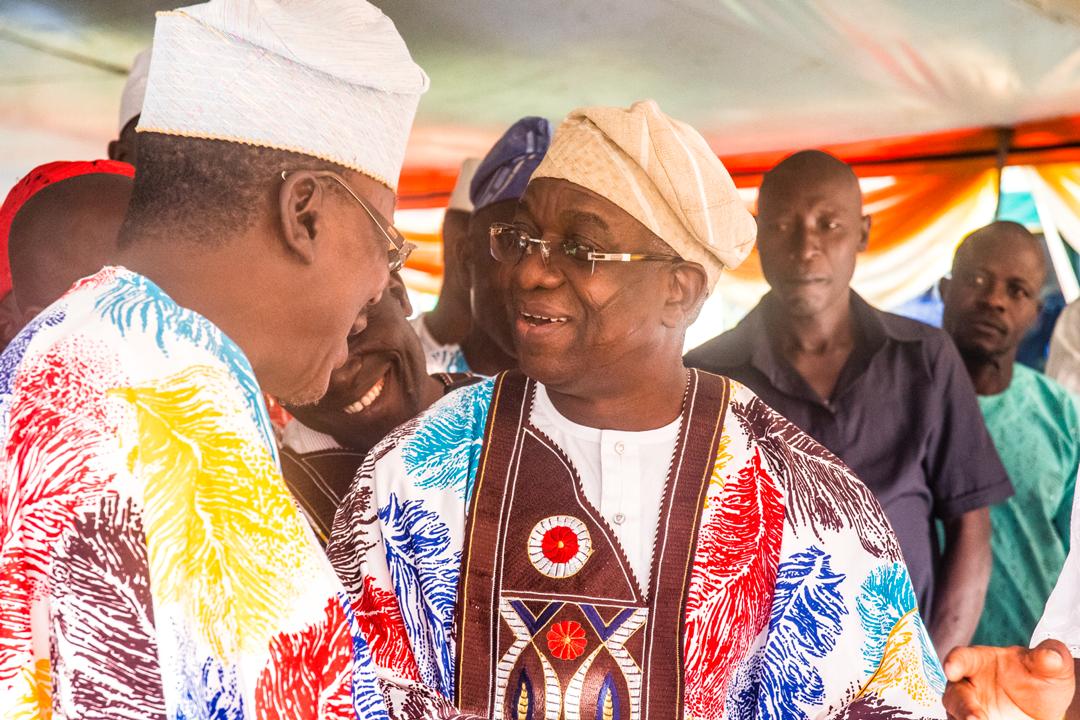 Oyo State Deputy Governor, Engr. Rauf Olaniyan, has called on the politicians in the state to shun partisan politics regardless of their party and supports the present administration for the development of our dear state, affirming that Governor Seyi Makinde will govern with fear of God.

The state Deputy Governor made this call while hosting politicians across the state that came to celebrate sallah with him at his country home More Area, Igboho, Monday,  He said “election has come and gone what should be paramount to all politicians now is how to allow peace and focus on reasonable development for  the state to move forward”.

He stated that Eid el Kabir festival is a period of sharing love and peaceful coexistence among others, stressing that regardless of political parties after the election, development of the state should be utmost priority adding that the present administration under the leadership of Governor Seyi Makinde will not leave any stone unturned to ensure dividends of democracy across the nook and cranny of the state.

Appreciating politicians across the state for celebrating with him, Engr. Olaniyan pointed out that the move was as a result of existing love in the People’s Democratic Party (PDP), saying that Oyo State PDP is a united family under the leadership of Governor Seyi Makinde.

He therefore implore PDP members to keep the flag of love flying to ensure good governance in the state.

Assuring residents of the state of good governance, the Deputy Governor, said

Seyi Makinde’s government will out shine other government stressing that it will not be a government of the few but for all, adding that very soon there won’t be any other party except PDP in the state.

While thanking the politicians even from other party, wife of the Deputy Governor, Dr. Mrs. Amudalat Olaniyan, thanked God and prayed for the state and Nigeria at large adding that both men and women are the same therefore we should live in love and harmony.

Dignitaries present at the event were Members of the State House of Assembly, Government functionaries, Traditional rulers, politicians from all Local Government in the state as well as from other political parties.