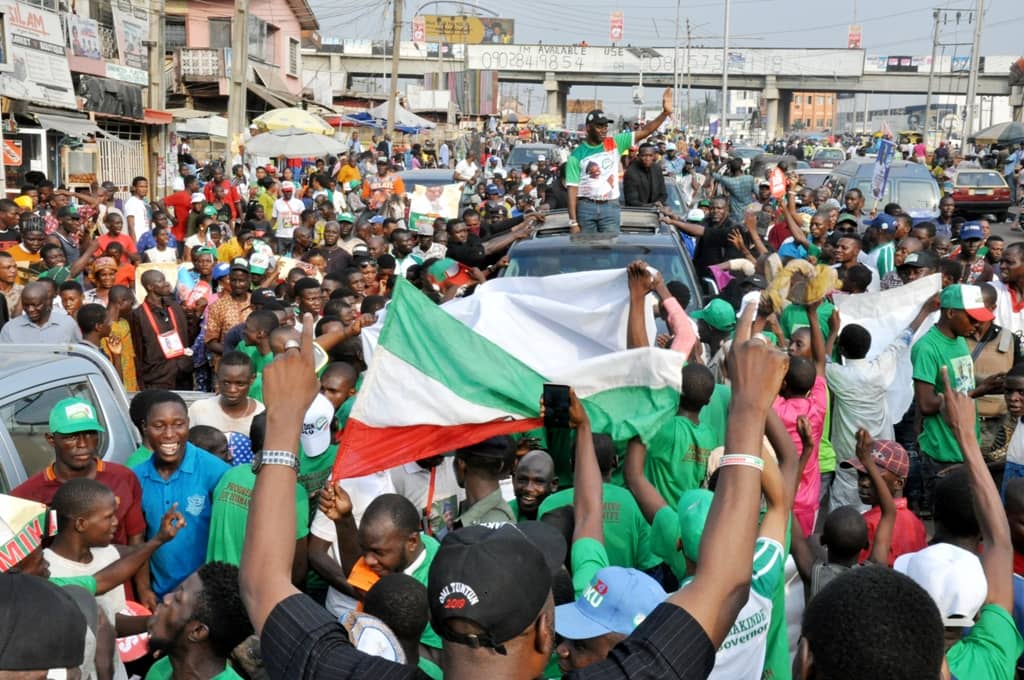 The  Peoples Democratic governorship candidate in Oyo state Engr. Seyi Makinde has promised to modernize the Bodija Market when he assumes office as governor of the state.

He made this promise Monday when the PDP campaign team visited the Bodija market, as the gubernatorial candidate’s campaign train got to Ibadan north federal constituency.

While addressing the  traders Makinde noted that the situation in Bodija market will be immensely improved upon, as good road network and street lights will be provided  for in the market.

He also remarked that his government starting from May 29th this year, he will create an avenue for traders to access interest free loans.

Earlier, Makinde visited residents of Sabo area of Ibadan North, where he promised to complete and equip the abandoned health center in the community
Mr. Makinde’s campaign convoy also drove around major neighborhoods and communities in Ibadan north federal constituency , even as residents came out in their numbers to cheer and show support to the PDP standard bearer.