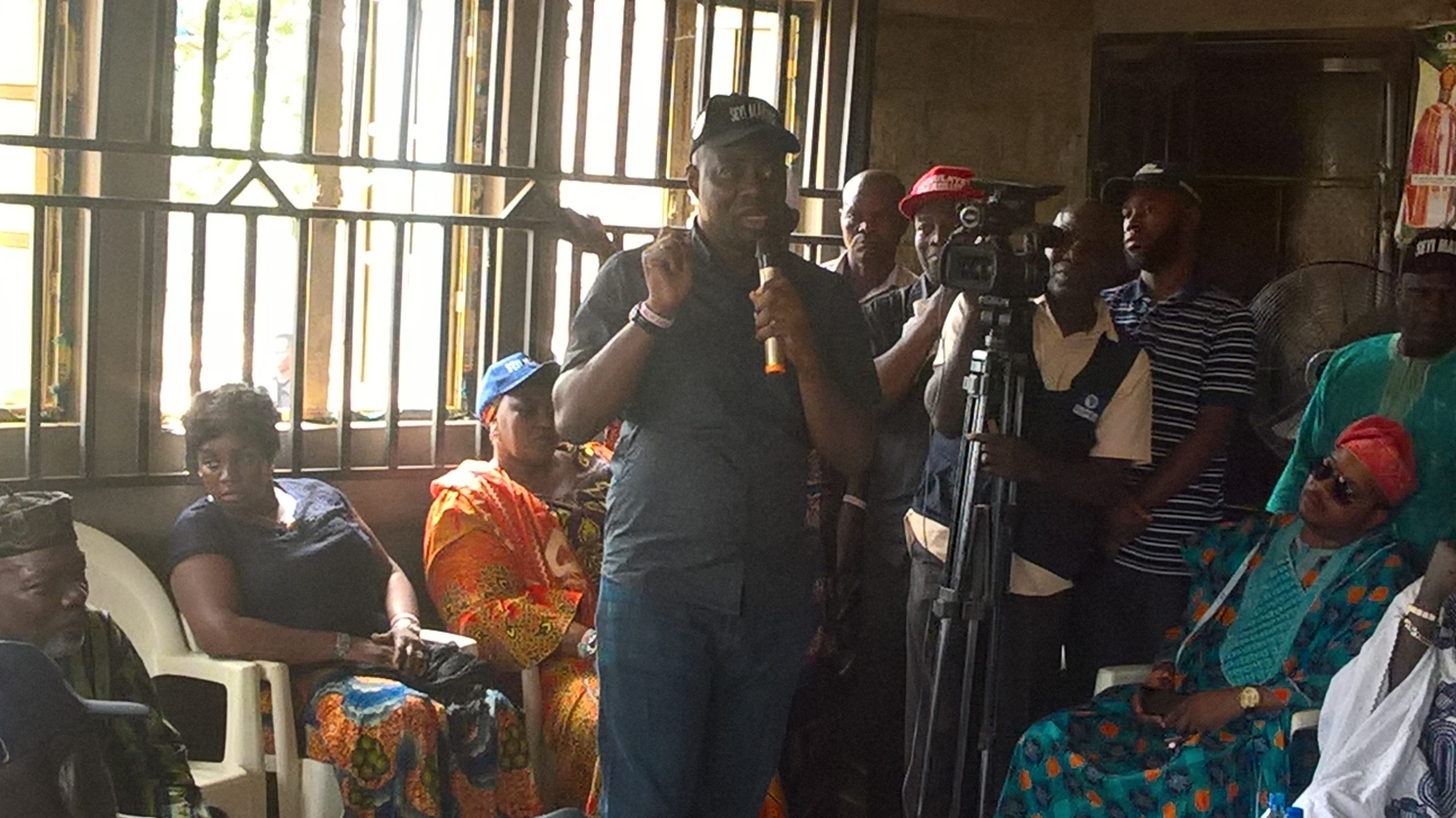 He stated this today, at a meeting with the traditional council of Ogo Oluwa, held at the palace of Oba Akinwale Akinola, Oni Pontela of Pontela, when the PDP campaign train arrived at Ogo Oluwa local government area . Speaking at the meeting Makinde who is the group MD Makkon Engineering Services noted that he came to seek the votes of the traditional rulers,  that though he is aware they are not suppose to be partisan, but knows they all want the development of their communities.

He said the PDP government to be headed by him will emphasise on education, youth employment, health and provision of basic infrastructures. He warned against paying attention to the deceptive words of the ruling party, reiterating that they have not been able to meet their electoral promises as the people can attest to.

Speaking on behalf of the traditional council Alhaji Isiaka Razak Oni Iwoate of Iwoate, noted that  rural communities have suffered much neglect, stressing that cities will not be over crowded, when basic infastructures are provided for rural communities. He urged the PDP governorship candidate to remember that Electricity, Schools, good roads, and youth employment are amongs the urgent needs of rural areas, while also advocating that the PDP candidate should create avenue for traditional rulers to be more participatory in governance .

He however noted that the  little development in Ogo Oluwa, were those executed by the past  PDP governments in the state. He thereafter assured Makinde of the support of the traditional council  in Ogo Oluwa.