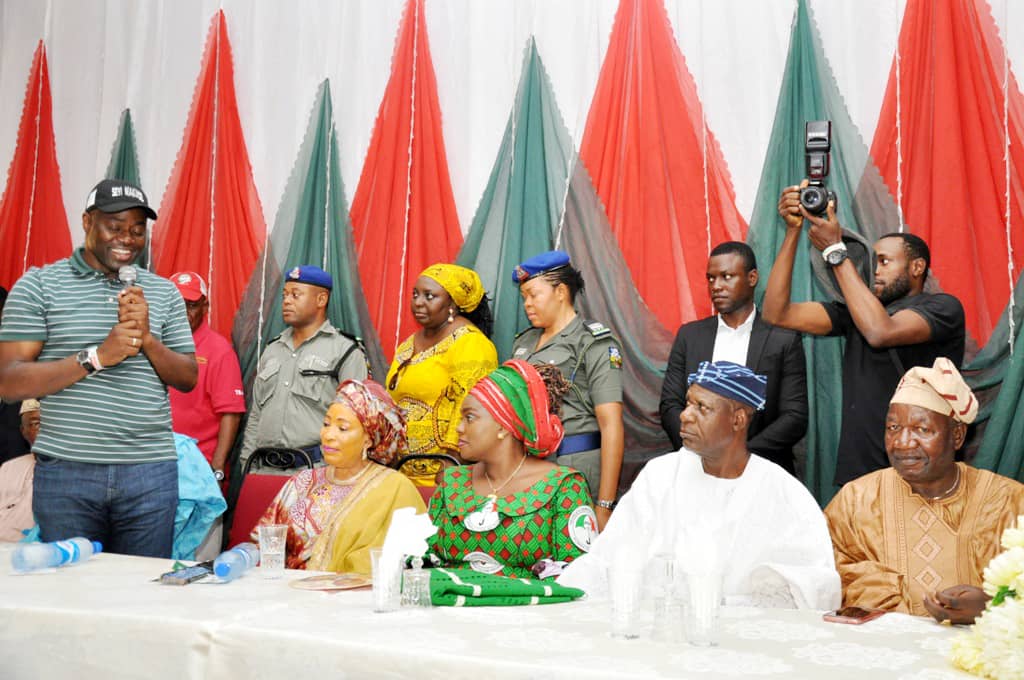 Gubernatorial candidate of the Peoples Democratic Party in Oyo state Seyi Makinde on Saturday condemned Friday’s attack on wife of the party’s presidential candidate Atiku Abubakar, Titi, who was in Ibadan to canvass for votes for her husband.

Titi was on Friday evening reportedly attacked by suspected political hoodlums at Sarkin Sasa house in Ojoo area of the city.

An eyewitness said she had, had a fruitful discussion with Sarkin Sasa and the Hausa community in the area when hoodlums pounced on their convoy and unleashed attack.

Reacting to the development, Makinde through his Director of Media, Prince Dotun Oyelade, said: “Very unfortunate incident where those who wanted to play clean and competitive politics were confronted by those who wanted to hold on to power by crook and by force and send their enforcers to attack and intimidate.

“With the way the APC is conducting itself, the next election may be rougher if things don’t go their way and that’s looking pretty likely.”

But the police public relations officer, Adekunle Ajisebutu disagreed with the position of the Oyo state PDP, saying Mrs. Abubakar was not attacked.

Ajisebutu said: “She wasn’t attacked. It was one of the area boys begging for money but was not given that threw a stone.

“The stone hit the side glass of a car belonging to a Fulani chief who was driving behind her convoy.

“The chief had come to join Sarkin Sasa to receive the visitor who after her visit left successfully unhurt”.

Ajimobi’s Achievement Claims An Insult To The Masses- Seyi Makinde