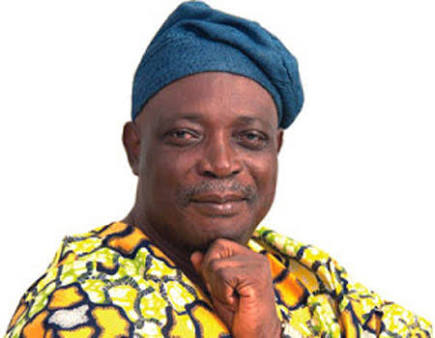 Sources revealed to Sunrisebulletin.com that the former governor and his supporters will be joining the newly registered Zenith Labour Party ZLP.

The decision to dump ADC was arrived at today after a marathon meeting held at Senator Ladoja’s Bodija house where his supporters canvassed the need to of leave the party ‘ where aaccording them has been taken over by a group of usurpers who have shared party positions among themselves with total disregards to the basic tenets of democracy.‘

It would be recalled that the party has been embroiled in various crisis varying from party executives to the selection candidates for 2019 election.

The party executives members were shared among the four blocks with Ladoja group having only seven out of the 37 members and Unity group having majority members of the state executives.

Ladoja according to one of his loyalists meant well for the party and he intends to use it as a platform to bring positive change not only to the party but for the state in 2019.

But the crisis over gubernatorial candidate escalated the as some members of the opposing camps in the party were pointing accusing fingers on Senator Ladoja and Chief Koleosho over adoption of Senator Olufemi Lanlehin as the consensus candidate for the party in 2019.

After the announcement of Senator Lanlehin as the consensus candidate, other twelve aspirants went to court to forestall his confirmation, While the deputy governorship candidate is also a candidate of Unity group who was selected without the knowledge of Senator Ladoja.

Also ,the Ladoja group pointed out that the seven members screening committee set up by the National Working Committee including Senator Rashidi Ladoja, Alhaji Ahmed Ayinla, Chief Olakojo, Chief Koleoso, Chief Busari Adebisi, Dele Ajadi and Barrister Peter Oyewale were never allowed to do a proper screening of the candidates and the NWC of the party never made available the report of screening for House of Representatives and the Senate as being speculated by members of the opposing camps.

For instance, the three Senatorial candidates and 12 Federal reps members are from the Unity group while only 2 reps candidates and 3 state Assembly members are from Ladoja group.
Ladoja was said to have made several calls to the NWC of ADC about the unfair treatment meted to his group but no positive response from their end
According to a Senator Ladoja’s loyalist ,’ we have decided to sow our seed in another party . We are moving to Zenith Labour Party and nothing can stop us . it is a done deal “

lagos Ibadan expressway to be completed by 2021- Contractors