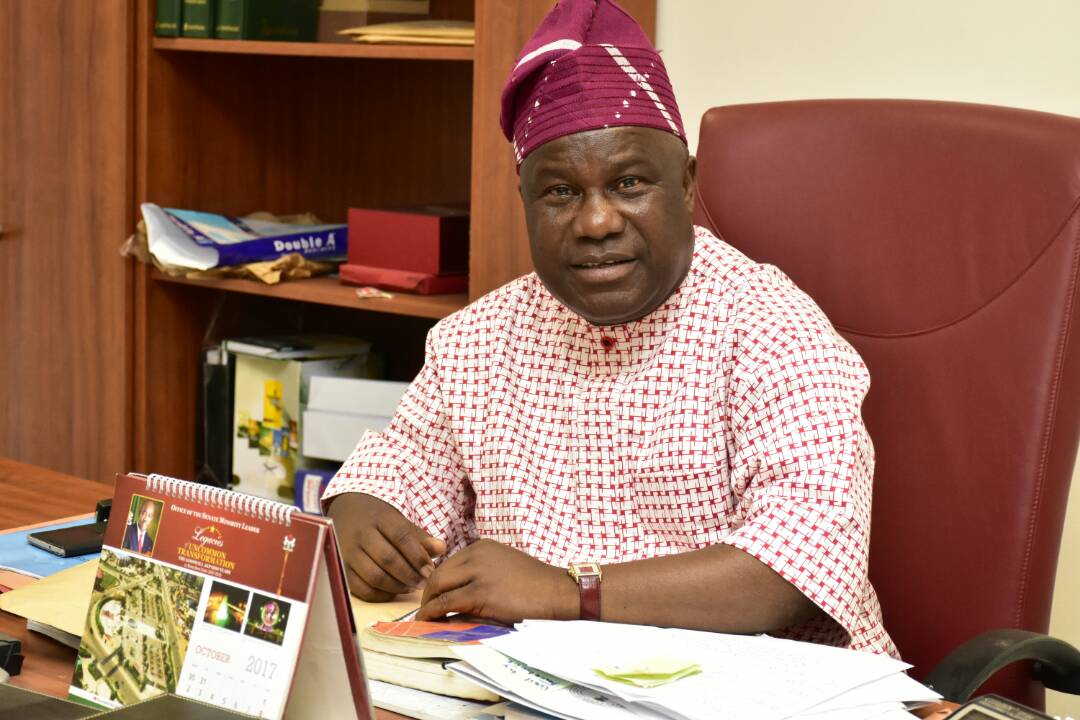 The Senator resenting Oyo North in the National Assembly, Dr. Abdulfatai Buhari on Thursday raised the alarm that the old Oyo-Ogbomoso Expressway was no more motorable since Monday.

Buhari who doubles as Chairman, Senate Committee on Information and Communication Technology (ICT), and Cyber Crimes raised the alarm while speaking at a Special Town Hall meeting organised by the Federal Government of Nigeria at an event held in Ibadan, the Oyo State capital.

At the event were Ministers of Transportation, Power, Works and Housing and Information and Culture, Mr. Rotimi Amaachi, Mr. Babatunde Fashola and Alhaji Lai Muhammed respectively.

Others are Governor Abiola Ajimobi of the state, All Progressives Congress (APC) gubernatorial candidate in the state, Mr. Adebayo Adelabu and the Olubadan of Ibadan, Oba Saliu Adetunji who was represented by Chief Lekan Alabi.

The APC chieftain while speaking at the event said it would interest the audience that “no motor can pass the old Oyo-Ogbomoso Express Way since three days ago.

But, Buhari while speaking said that the delay in the completion of the new Oyo-Ogbomoso Expressway which he said has reached half completion was causing a lot of hardship to the people of the area and the state in general.

Buhari who spoke in both Yoruba and Hausa languages also used the medium to appeal to the Federal Government delegation to as a matter of urgency find ways of mobilising the contractor handling the project to complete it without further delay.

He added that it was unfortunate that the road construction which started in 1999 is yet to be completed.

Buhari said, “The new Oyo-Ogbomoso Express Way is half-completion. But I can’t tell you that since three days ago, no vehicle can pass through the old Oyo-Ogbomoso Express Way. The YouTube ID of Insert video URL or ID here is invalid. The construction of the road started in 1999 during Chief Olusegun Obasanjo administration and the road is yet to be completed.

“No motor can pass the old Oyo-Ogbomoso Express Way since three days ago. The new road has not been completed.

“I use this opportunity to appeal to the Federal Government delegation to complete the new Oyo-Ogbomoso Express Way on time.

“Secondly, the Iseyin-Oyo road, please, held us to co-construct the road. It is the gateway to other towns and villages in the area.

Another APC chieftain, Hon. Akeem Adeyemi who represents Atiba/Afijio/ Oyo East/Oyo West in the House of Representatives while speaking also urged the delegation to see to the plight of the people of Ogbomoso and Oyo, who in the last one decade have been appealing to the Federal Government for the construction of the Expressway.