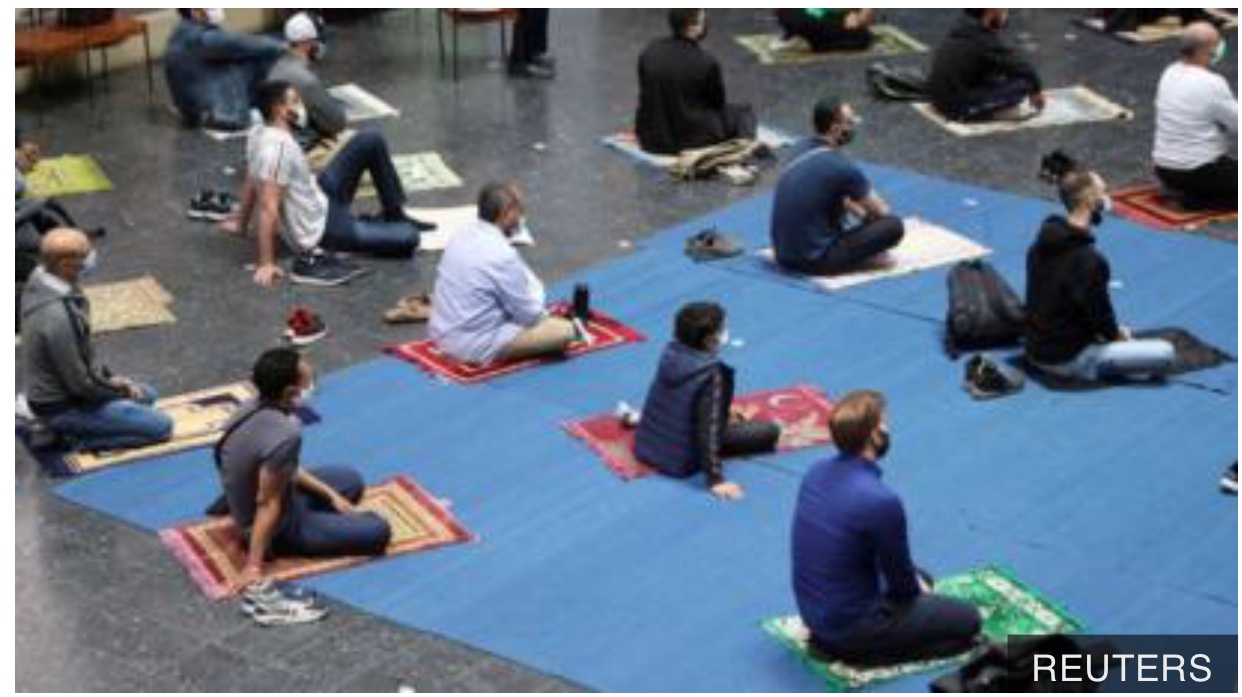 A church in Berlin has opened its doors to Muslim worshippers unable to fit into their mosque under new social distancing rules.

Germany allowed religious services to resume on 4 May but worshippers must maintain a distance of 1.5m (5ft).

As a result the Dar Assalam mosque in the city’s Neukölln district could only hold a fraction of its congregation.

But the Martha Lutheran church in Kreuzberg offered to help by hosting Friday prayers at the end of Ramadan.

Throughout the month of Ramadan, Muslims abstain from eating, drinking, smoking and sex from dawn to dusk. Normally families and friends would gather to break their fast and attend communal prayers, but in Berlin – as in countries across the world – this year’s celebrations have been affected.

“It is a great sign and it brings joy in Ramadan and joy amid this crisis,” the mosque’s imam told Reuters news agency. “This pandemic has made us a community. Crises bring people get together.”

“It was a strange feeling because of the musical instruments, the pictures,” congregation member Samer Hamdoun said, noting the contrast to Islamic worship.

“But when you look, when you forget the small details. This is the house of God in the end.”

“I gave a speech in German,” said Monika Matthias. “And during prayer, I could only say yes, yes, yes, because we have the same concerns and we want to learn from you. And it is beautiful to feel that way about each other.”