……tasks other caretaker chairmen to resettle the police to their stations across various localities.

The Executive Governor of Oyo state, Engr Seyi Makinde, has assured Caretaker Chairmen in the state that he would do all within his powers to ensure one of their colleagues who was kidnapped regains freedom.

Governor Makinde made this known on Monday while addressing security chiefs, traditional rulers, religious leaders and other critical stakeholders at a stakeholders meeting in Ibadan to cart a new way forward after forestalling peace and orderliness in the state following the EndSARS protest. 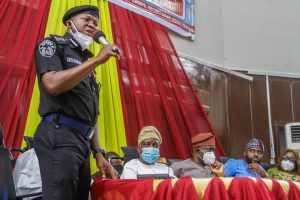 The governor said that he was deeply saddened by the unfortunate development adding that the Nigerian Police and other security agencies are already working assiduously to ensure the council boss is freed from his captors.

Sunrisebulletin.com had earlier reported that the chairman of Iganna Local Council Development Area,
Comrade Joacob Olayiwola Adeleke was kidnapped alongside his driver on Sunday evening along Okeho, Ado-Awaye road, on his way to attending the stakeholders meeting in Ibadan.

Governor Seyi Makinde who spoke in both English and Yoruba language assured other chairmen that he will do all within his power to ensure the kidnapped council boss regains his freedom. 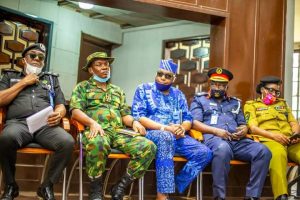 “I’m saddened by the news of the kidnap of one of you and we will do everything within our power to get him out but you have also jobs to do.

“They said some of you don’t stay in your councils and LCDAs that you will come and stay in Ibadan. There’s work for all of us to do.

“Yes, the hotspot is Ibadan, but the issues of kidnapping and all the other ones at different areas, you have a role to play to settle the police, to settle them into their stations in your localities and whatever we need to make that happen as quickly as possible, we are here to ensure we do that,” he said.