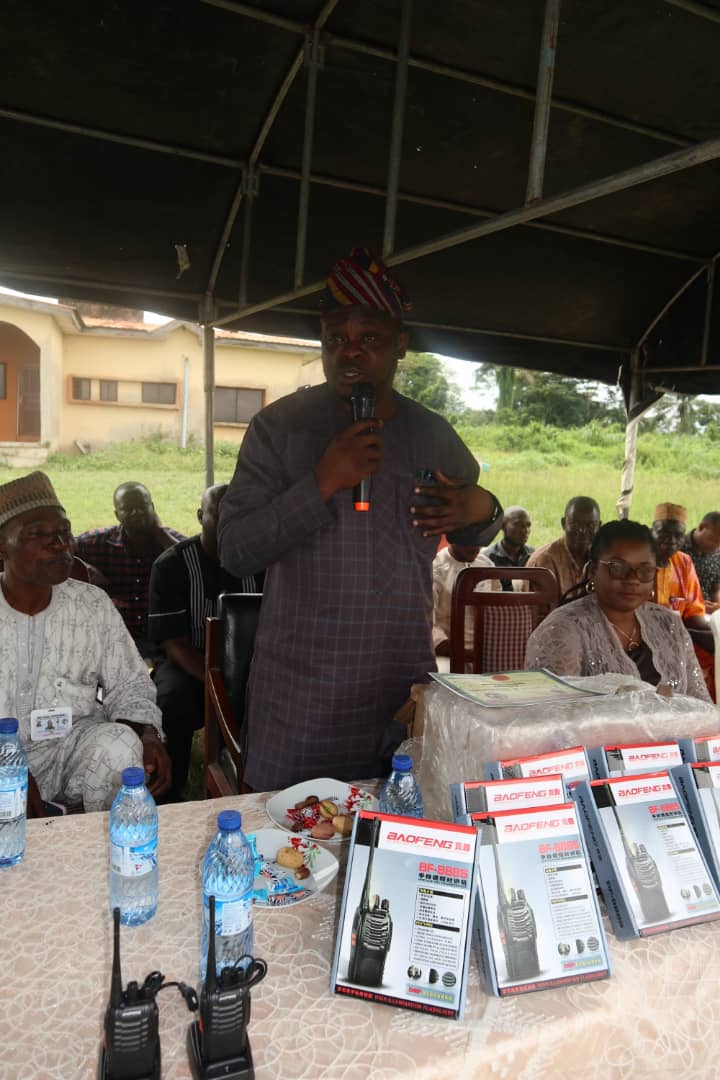 Hon. Adeojo gave this assurance in Ibadan on Thursday during the distribution of security communication gadgets which include walkie Talkie to non state security groups as well as financial support to serve as morale booster. 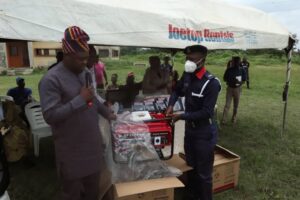 The Council boss also gave financial support in cash to other state security agencies which include the Police and Civil Defence divisions to repair faulty vehicles and construction of culvert at the entrance of DSS office in Ido.

The non state security groups that benefited from the security gadgets include Agbekoya, OPC, HVGN, VGN and others.

Hon. Adeojo thereafter inaugurated a joint task force of non state security groups named ‘Voluntarily Policing Sector’ and saddled with the responsibility of patrolling the nooks and crannies of Ido Local Government to ensure security of lives and properties.

In her vote of thanks, Mrs Ronke Aremu, the Head of Local Government Administration enjoined the beneficiaries to reciprocate the Council’s kind gesture by making good use of the communication gadgets and electric power generators in order to reduce crime rate across the Council area.

Present at the occasion were Hon. Tirimisiyu Abidoye, Leader of the Legislative Council; Honourable Councillors; Mr Sunday Idowu, Director of Administration and General Services as well as the CAN Chairman and the Chief Imam of Ido Local Government.