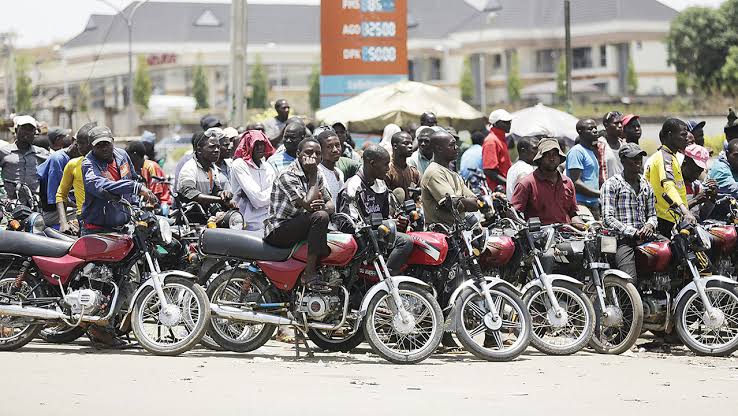 The Oyo state chapter of Amalgamated Commercial Tricycle And Motorcycle Owners, Repairers and Riders Association of Nigeria (ACOMORAN) which is the umbrella body of all commercial motorcycle and tricycle operators has said that it is not party to any form of protest in the state.

The association said it got wind of a planned move by some people who have perfected plans to stage a protest in Ibadan on Monday under the guise of its umbrella body noting that neither the association nor any of its member is party to such planned move to cause what it called disturbance of public peace in the state.

The Oyo state chairman of ACOMORAN, Comrade Solomon Olugbode, who made this disclosure on Saturday 3rd of June during a press briefing at the association’s state secretariat in Ibadan explained that Governor Seyi Makinde had on many occasions made himself available to personally address issues affecting the body in the state.

Comrade Olugbode in his address stated further that in the absence of the governor, the governor’s aides were always on ground to treat burning issues requiring attention of the state government which is evident in the peaceful conduct of its members since the advent of the present administration.

Sunrisebulletin recalls that Association had earlier in the year raised an alarm by sending a ‘Save Our Soul’ (SOS) message to the state governor over increased activities of criminal elements perpetrating crime in the state under the guise of ACOMORAN members.

“Today’s meeting necessitated us to call for a press briefing as our society is facing a lot of challenges ranging from economy, security, and political, which has affected our moral value.

“We all know transportation plays a major role in our daily lives both positive and negative.

“Our brand of transport, riding tricycle and motorcycle is becoming a threat to security because of unruly behavior of some riders who were acting individually or as a group which has resulted to ban in some states denying thousands of of innocent riders their means of livelihood.

“The present administration under the leadership of Engr. Seyi Makinde has pledged to give all works and occupations, professionals or unprofessionals a conducive environment to make living in the state in their lawful business.

“The governor personally or his aides has always made themselves available to any complain or suggestions that is in the best interest of the people of the state.

“Our attention was brought to some discredited people mobilizing themselves to organize unwarranted protest on Monday 5th of July 2021 to breach public peace and the good relationship riders in the state have been maintaining with the state government.

“We believe protest comes when authority denies access or listening ears. As the umbrella body for riders in the state, we are dissociating ourselves from the unlawful protest whose aim is either political or to soil the good name of this administration.

“All Okada and tricycle riders should go about their lawful duty while we appeal to security agents to be on alert to avert any incident that may occur in the name of the parasitic protest,” Olugbode said.