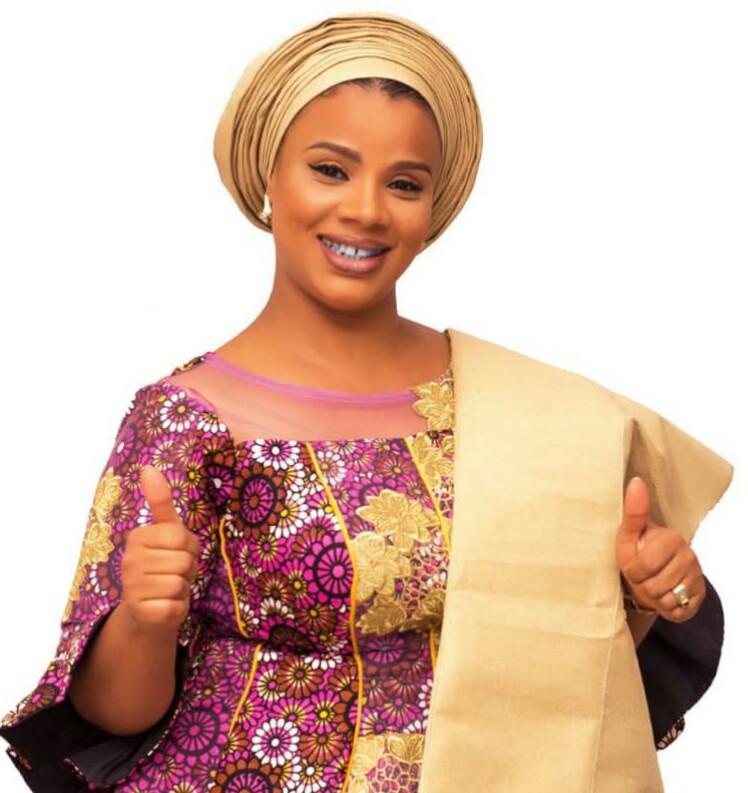 One time governorship candidate and convener of the BASA Foundation, Mrs. Bolanle Sarumi-Aliyu has commended the Governor of Oyo State, Engr. Seyi Makinde for making indigenes of the state proud with his first 100 days in office.

In a statement, a copy of which was received by Sunrisebulletin.com, Sarumi-Aliyu disclosed that “for me as a young politician, he gives me hope that the future is bright”. Apparently reffering to the open declaration of his assets, the colorful female politician noted that “in 100 days, the Governor has not only lived up to his billing as a man of honour, he has also given us an insight that you can be in government and still be a person of impeccable character”.

She also posited that the Makinde administration is working in line with the promises made during the electioneering campaign, especially with the abolition of school fees and provision of notebooks for students in public schools. “With him as our Governor, a revival is coming to the education sector. And with what he has done so far, one can be sure that the education sector will get back to its rightful place”.

The statement also reads in part: “the civil servants in the state are happier. The prompt payment of workers on the 25th day of every month and 23rd if payday falls on a weekend will no doubt give additional momentum to the smooth running of the civil service. Moreover, Governor Makinde has showed that it will no longer be business as usual; the downward review of the budget by over N 100 billion is an indication that peak performance is not all about high cost.

“It is not surprising though; opening the Secretariat Bridge and the proscription of the activities of the main transport union to curb violence showed good initiative for a government that runs with openness. Governor Seyi Makinde is doing well and he will continue to do well”.

Makinde’s 100Days In Office: So Far It Is About Promises Made Promises Kept – Taiwo Adisa, Chief Press Seceretary To Oyo State Governor