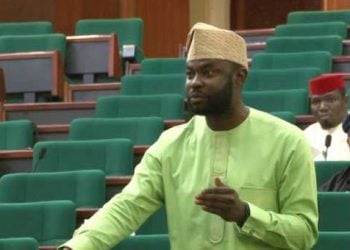 Former member of House of Representative, Hon. Saheed Akinade-Fijabi over the weekend said that there will be emergence of third party if the rulling All Progressive Congress (APC) deny former Lagos Governor, Asiwaju Bola Ahmed Tinubu its President ticket come 2023.

The former lawmaker stated that another political party may come on board in favor of Tinubu to tackle Peoples Democratic Party (PDP) and APC so as to make the dream of the APC National leader in becoming Nigerian next President a reality.

Speaking on a live radio program on Saturday in Ibadan, Hon. Fijabi, who represented Ibadan Northwest/Southwest under APC at the 7th and 8th assembly while fielding question on Tinubu’s Presidential ambitions stated that anything can happen in 2023 because Nigerians are unpredictable.

He said, “our people are unpredictable, there might be emergence of third party to counter the two existing ones (PDP and APC) if Asiwaju Tinubu is denied presidential ticket by APC in 2023.”

Fijabi however said that APC will come back stronger in 2023 in the State because reconciliation is currently on going within the party to bring back all the aggrieved party members into one fold.