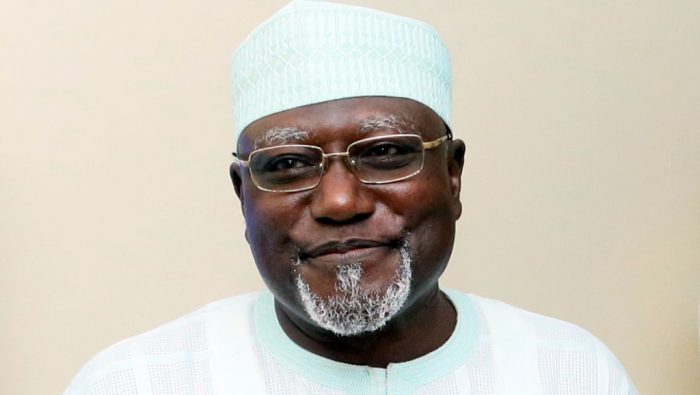 The sacked Director General of the Department of State Security Service, Lawal Musa Daura, has confessed that he deployed hooded operatives of the secret service to the National Assembly on Tuesday based on intelligence report that unauthorised persons were planning to smuggle dangerous weapons and incriminating items into the complex.

His confession was disclosed in the interim investigation report submitted by the Inspector General of Police, Idris Ibrahim to the acting president, Prof. Yemi Osinbajo.

In the report seen by Daily Trust, IGP Idris argued that Daura carried out the siege on the National Assembly without the approval of the acting president.

“The former Director-General, Department of State Security Service, Mr Lawal Musa Daura acted unilaterally without informing the presidency. He did not share or intimate other security agencies on the unlawful operations,” Idris said in the report.

The IGP said the purported intelligence report by Daura cannot be substantiated as the personnel deployed were not EOD (Explosive Ordnance Disposal) experts or specialist in this regard.

Masked and unmasked DSS operatives laid siege to the National Assembly on Tuesday halting lawmakers and staff from gaining entry into the complex.

A female member of the House of Representatives, Boma Goodhead from Rivers State (PDP) confronted the DSS men laying siege at the National Assembly, daring them to shoot her.

The Acting President, who sacked Daura over the invasion described the unauthorized takeover of the National Assembly complex as a gross violation of constitutional order, rule of law and all acceptable notions of law and order.

The leaders of both the Senate and House of Representatives also condemned the siege as a “coup against democracy”.

Meanwhile the All Progressives Congress (APC) hailed the invasion in what it called ‘timely intervention’ of the Department of State Services (DSS) in scuttling plot by Senate President Bukola Saraki to cause chaos at the National Assembly on Tuesday.

Saraki has no character, Principles, values or integrity – APC

Prof. Sagay criticised by Nigerians over Comments on Adeosun