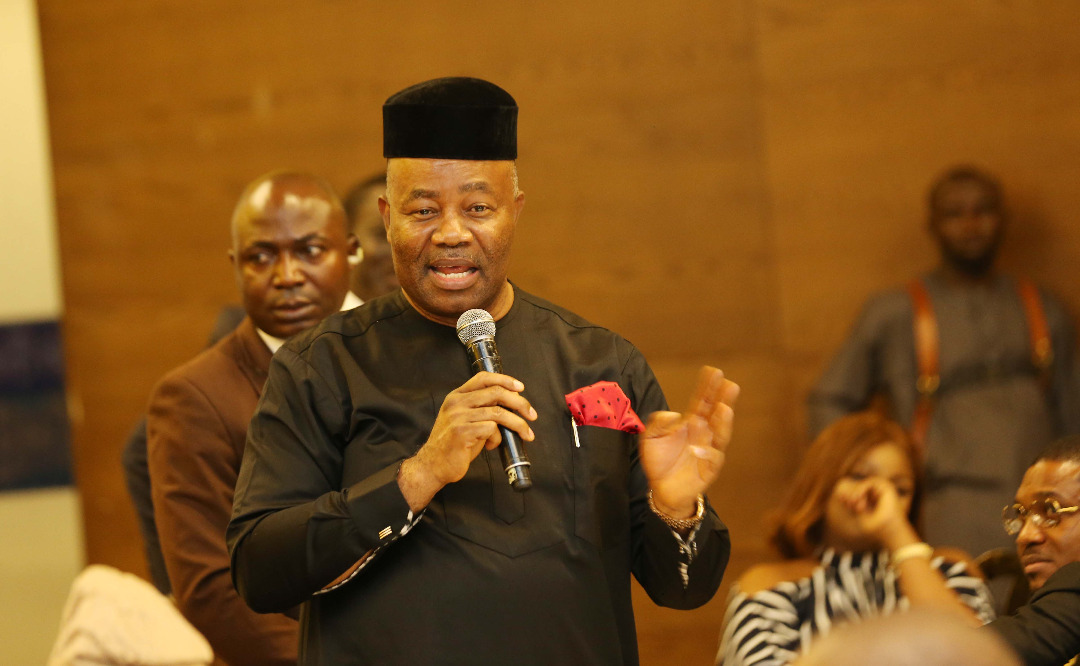 Re: May I not be buried in Ukana, if Emmanuel defeats Ekere.

The attention of the former Senate Minority Leader, Godswill Akpabio, has been drawn to a news item on the social media, written and circulated by media agents of the Akwa Ibom State government, purporting that the former governor had vowed that, should the incumbent governor, Udom Emmanuel, defeat the APC governorship candidate, Obong Nsima Ekere, at the poll, “his remains should not be buried in his country home, Ukana”.

The sponsors and purveyors of such statement know within them that such frivolous and unfounded statement Is not and can never be a creation of the Senator, as it existed only in their warped imaginations.

The former governor will never utter such gutterish statement, in the face of an imminent electoral defeat of the ruling party in the state, as would be widely demonstrated by the electorate in February, 2019.

It is, therefore, silly, nonsensical and the height of political irresponsibility on the part of any sane person to ascribe such uncouth, misplaced and non-existent statement to Senator Akpabio.

Those who allowed themselves to be used for such infantile job for a mere meal ticket, may have, unknown to them and their paymasters, succeeded in bringing to the public glare, the desperation and fear of the ruling party of its anticipated defeat at the poll, come 2019.
Members of the public and the teeming supporters of Senator Akpabio and the APC in the state, are by this release, advised, to disregard such statement, because it is an attempt by the PDP and its imbecilic juvenile media characters to smear the records and achievements of the distinguished senator with statements that are not his, inorder to achieve an unmeritted and cheap political favour.