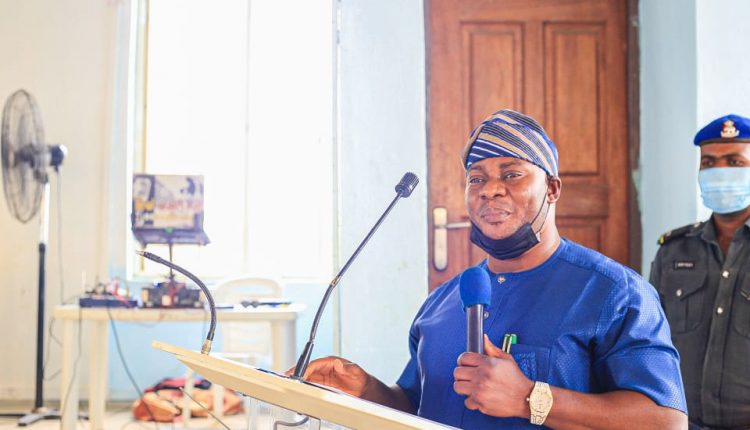 Attention of The Oyo State Road Transport Management Authority (OYRTMA) has been drawn to an opinion making the rounds on social media as regards “proper steps to reduce casualty on our roads during this period” credited to one Hamzat Hammed.

While the Authority appreciates the writer for his highly constructive and objective rather than vindictive disposition exhibited in the article, it is important we succinctly outline the various official approaches the Authority employs in ensuring effective management of human and vehicular movement across the State with a view to reducing travel time by eliminating avoidable traffic loggerheads, maintaining sanity on our roads and reducing road traffic crashes across the State.

Effective Traffic Management is a concept that is not an exclusive responsibility of governments or her agencies as it requires active participation of all stakeholders including the road users. While the Government, through her legislative apparatus formulates the traffic management laws of the States, the Executive arms are saddled with the enforcement of the formulated laws and the duty of compliance and obedience lies squarely on the road users, thus, keeping the roads save becomes the responsibility of all.

In our dear Pace Setter State, the Oyo State Road Traffic Management Authority Law, 2009 is the legislative framework upon which the Authority formulates her policies and programs aimed at ensuring free vehicular and human movement across the State. Through this framework, the Authority has developed several policies such as the Operation Zero-Tolerance-To-One-Way, Operation One-Passenger, Operation No-Hold-Up, Special Night Operations, Fast-Track Emergency Rescue Operations, Stop and Test Operations among several others which are all currently being enforced.

Additionally, Section 16 of the law empowers the Authority to engage individuals or other corporate entities on issues bothering on the actualization of her core mandates. This was invoked very recently on the 4th of November, 2021 when the Authority joined with the Federal Road Safety Corps (FRSC) at the National Workshop for Proprietors and Trainings for Instructors of Driving Schools to deliberate on the Driving Schools Standardization Program (DSSP) where the Executive Governor of Oyo State, Engr. Seyi Makinde, represented by Mogaji Akin Fagbemi PhD, Executive Chairman OYRTMA posited that the DSSP would drastically assist in reducing road traffic accidents across the State as well as improve the driving skills and behavioral inclinations of our drivers.

Meanwhile, the Operation Zero-Tolerance-To-One-Way became imperative upon the Authorities notice of rampant and deliberate indiscipline exhibited by some private and commercial drivers of motorcycles, cars, tricycles and articulated trucks. The operation aims at halting this ugly trend by engaging in robust advocacy and sensitization awareness on the dire consequences of driving against traffic (one-way) and subsequently melting punitive measures against defaulters. This extends to those making U-turn at undesignated places as well as those flagrantly disobeying the traffic lights.

The Executive Chairman of the Authority, Mogaji Akin Fagbemi PhD has on several occasions personally drove round town to assess compliance and took note of hot spots prone to accidents and more traffic congestion with a view to deploying more men and officers to the identified areas. This is yielding positive results as improvements are being noticed at usually affected areas particularly within Ibadan Metropolis.

Furthermore, The Authority having identified the traffic situations at Apata, Oluyole, Ring-road and their environs in Ibadan, has created new Commands at Ring-Road, Oluyole and Apata where men and Officers are permanently stationed to maintain orderliness and ensure free movement. Similarly, leadership of the Commands in Ogbomosho South has just been changed and more men deployed in a swift reaction to the reported traffic congestions at that part of the State with positive results recorded in a short time.

Elsewhere in Oke-Ado, Ibadan, the ongoing road rehabilitation has been identified to be a major cause of the traffic congestion experienced for the past few days. The Authority has deployed more men to the area and traffic is been diverted to other available alternative routes via Oke-Bola, Iyaganku etc. Traders, Car dealers and others found encroaching the road corridors has been ordered out with severe sanctions awaiting defaulters.

Whilst the Authority grossly regrets and identifies with the writer in sympathizing with all those involved in the reported crash along the Old-Ife road this morning particularly the unnamed aged women involved, we wish them a quick recuperation process. It should also be noted that the Old-Ife Road is a Trunk-A road plied by inter-state vehicles including heavy-duty trucks, trailers and travelling luxurious buses. Therefore, we discourage tricycles from competing with these categories of fast-moving articulated trucks to avoid disastrous crashes.

The Authority, under Dr. Akin Fagbemi has intensified efforts on arresting one-way offenders, Illegal U-Turn offenders and we are glad of the progress made so far whilst we acknowledge that there is still much more to be done.

In conclusion, we seize this opportunity to beseech road users in Oyo State to be more vigilant and obedient to traffic rules and regulations at all times particularly during this Ember months during which there is higher vehicular movement in the State. It should always ring that vigilance of everyone means safety for all and negligence of anyone portends danger to all.