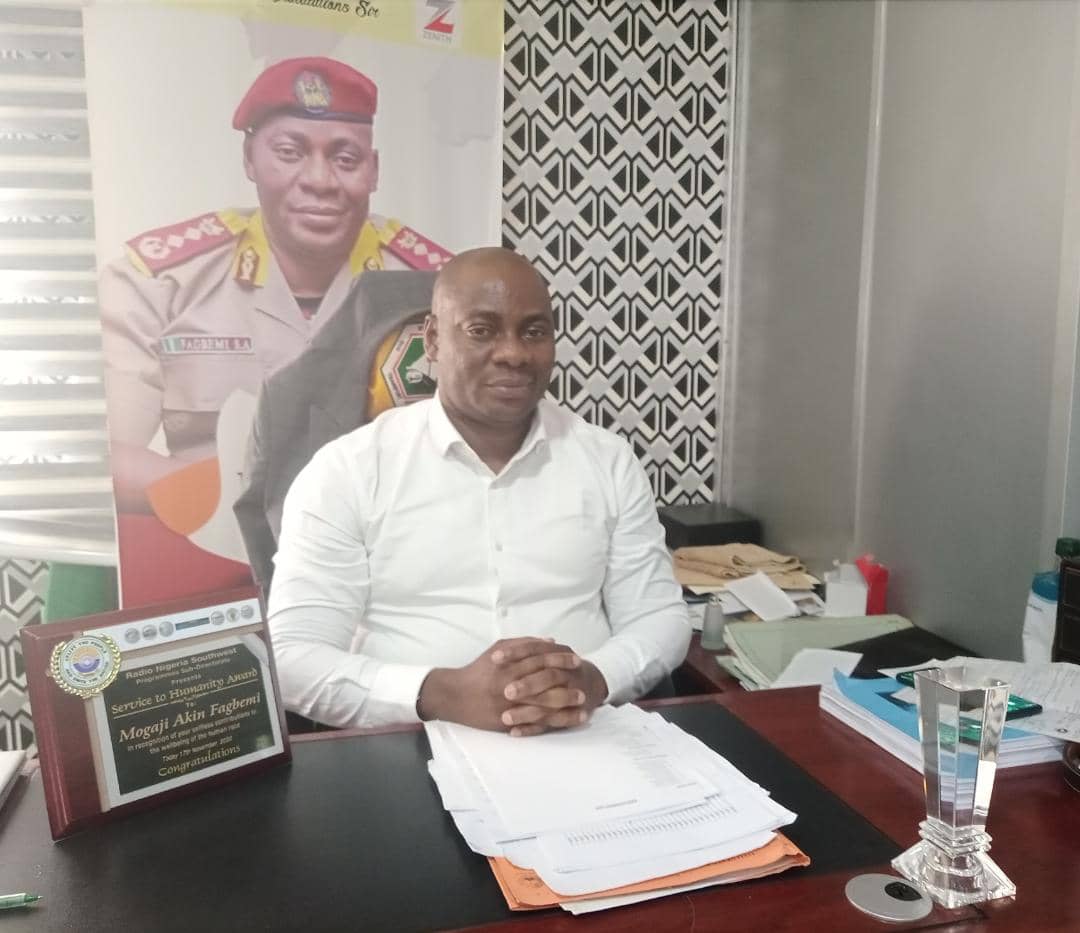 Earlier today, The Radio Nigeria, South-West Zone presented the Executive Chairman, Oyo State Road Transport Management Authority (OYRTMA), Mogaji (Dr.) Akin Fagbemi a Distinguished Service award in what the highly revered and premier FM station described as been “in recognition of your selfless contributions to the wellbeing of the human race”.

Dr. Fagbemi while appreciating the organizers of the epoch-making event which witnessed the honoring of veteran journalists across the country and several other dignitaries across all walks of life seized the opportunity to reiterate the importance of journalists and media houses in the timely and frequent dissemination of useful road safety tips and airing advocacy programs aimed at informing motorists of highway dangers and their respective preventive measures and strategies as widely publicized by the Engr. Seyi Makinde led Oyo State Government.

Furthermore, he harped on the need for motorists/riders to desist from the usual Ember-months rush and drive safely at all times saying the Governor Seyi Makinde’s administration has put in place several unprecedented efforts at combating road crashes such as fixing the roads and empowering the Authority in numerous ways.

He added that even though speed thrills, it also kills, thus, advised motorists to drive at reasonable speed limits while maintaining that the various operations embarked upon by the Authority such as the operation No-Hold-Up, Operation One Passenger, Fast-Track Emergency Rescue Operations among others remains in full force in an effort to reducing road crashes to its barest minimum.

He dedicated the award to God Almighty and all officers and men of OYRTMA for their apparent display of topnotch professionalism before, during and after the recent protests that rocked several parts of the country.

Oyo To Begin Payment of Gratuity of Post-2019 Retirees