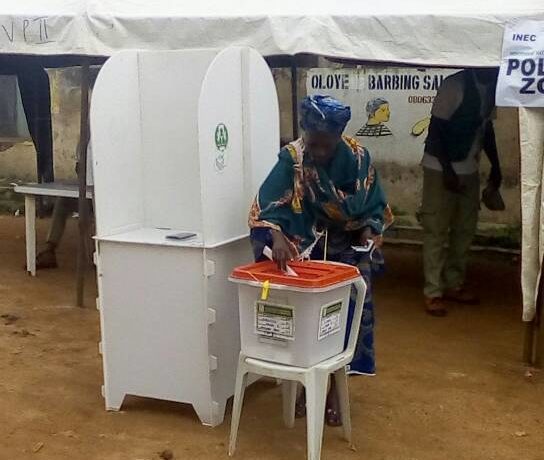 About 13 Presiding Officers (POs) in Borno and Yobe states have told the Presidential Election Petitions Tribunal sitting in Abuja that they transmitted the results of the February 23 Presidential election in their various units and wards to the official server of the Independent National Electoral Commission (INEC). The POs in their respective Witness Statement of Oath in support of the petition filed by the Presidential candidate of the Peoples Democratic Party (PDP), Atiku Abubakar, challenging the election of President Muhammadu Buhari of the All Progressive Congress (APC), stated that the election body had, during their training, instructed them on how to transmit the results to its server.

The submission of the POs was to lay credence to the petition of Atiku and PDP, wherein they alleged that the INEC pulled down the official results from its server and consequently replaced it with a doctored one to favour President Buhari. The position of the POs, however, contradicted the submission of INEC who had stated in its reply to the petition that results were not sent to its server. All these were, however, contained in Atiku’s reply to the objection filed by APC, who is the 3rd respondent, to his (Atiku’s) petition before the Presidential tribunal, wherein he is challenging the election that produced Buhari.

INEC had declared President Buhari as the winner of the February 23 election, having polled 15,191,847 votes to defeat his closest challenger, Atiku, who polled 11,262,978. But, Atiku in his 139- page petition before the tribunal stated that from the data in INEC’s server, the true, actual and correct results showed that he (Atiku) secured a total of 18,356,732 votes against Buhari’s 16,741,430 votes. On its part, INEC stated that there was no result in its server and that the presidential election results were not transmitted electronically. However, in reaction to paragraph 29 of the 3rd Respondent’s reply, the petitioners aver that the data and scores in the 1st Respondent’s Server were as transmitted by the 1st Respondent’s officials and those scores are valid, and legitimate. Atiku, through his team of counsel, led by Dr. Livy Uzoukwu (SAN), had listed about 13 Presiding Officers from different wards in Borno State and also attached their witness statement on oath. According to one of the POs, “I was employed as an ad hoc staff and trained for three days by the 1st Respondent at the Government College, Maiduguri, Bomo State to serve as a Presiding Officer (PO) at Waliri Polling Unit with Code 003, of Shehun Barna Ward, Bomo State on the 23rd February, 2019 Presidential and National Assembly (Senate and House of Representatives) elections. ”

“The issue of qualification of the 2nd Respondent to contest election to the office of President of the Federal Republic of Nigeria is a mandatory statutory and/or Constitutional requirement that cannot be waived by the petitioners as erroneously averred in paragraph 499 (d) of the 3rd Respondent’s reply.” Atiku, however, challenged Buhari to produce the originals or Certified True Copies of his purported certificates obtained from Elementary School, Daura and Mai’adua, Middle School, Katsina and Katsina Provincial Secondary School and all other institutions pleaded in paragraphs 500 and 501 of 3rd Respondent’s reply.

Atiku further added that his petition is competent and meritorious and the return of the 2nd Respondent by the 1st Respondent is undue and wrongful. He added that the 3rd Respondent’s reply does not answer the points of substance in the petition, but same is full of extraneous facts, contradictory, diversionary, evasive, speculative and vague assertions.

The former vice president also stated that he is a bona fide Nigerian. “Contrary to the allegations contained in paragraphs 1, 2, 3, 4, 5 and 6 of the 3rd Respondent’s reply, the petitioners state that the 1st petitioner is a citizen of Nigeria by birth and thus qualified to vote and be voted for and returned in the election to the office of the President of the Federal Republic of Nigeria, held on Saturday 23rd February, 2019 going by the relevant provisions of the 1999 Constitution (as amended). “That all averments concerning Germany, British Cameroons, League of Nations and Plebiscite are false and misleading in relation to the 1st Petitioner and, therefore, completely irrelevant more so that the 1st Petitioner is a Nigerian by birth within the contemplation of the Constitution of the Federal Republic of Nigeria, 1999 (as amended). “The averments in the aforesaid paragraphs are indeed fabricated, contrived, made in bad faith and designed to embarrass the 1st Petitioner,” Atiku said.