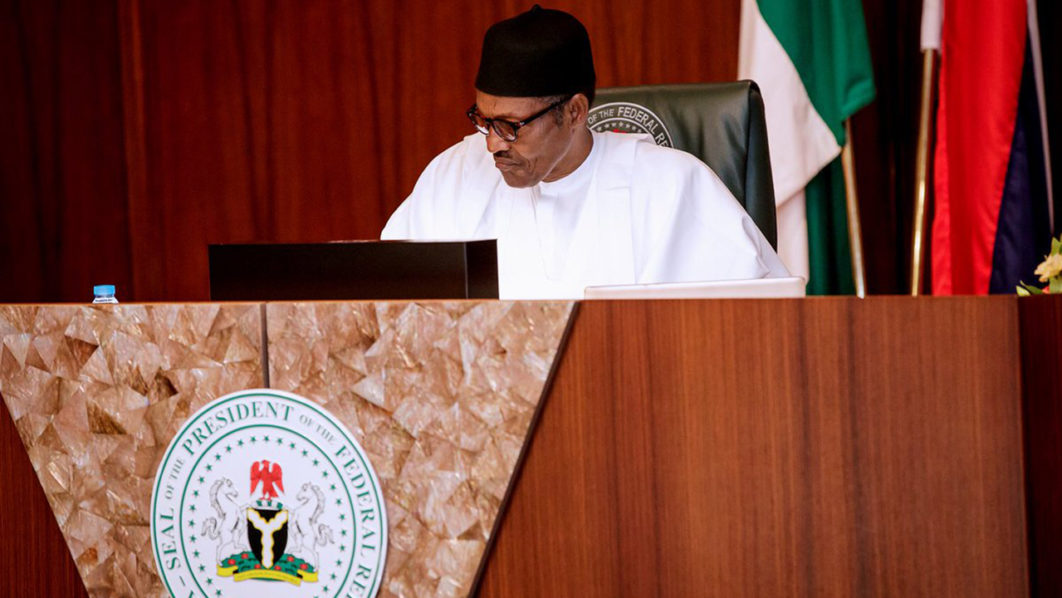 The Presidency has frowned at misinterpretation of President Muhammadu Buhari’s remarks when he received the report of the Tripartite Committee on the Review of National Minimum Wage from the committee’s chairman, Amal Pepple, on Tuesday.

A presidential source, who preferred not to be named, said the president did not endorse N30,000 as proposed by committee as being reported by some sections of the media.

He, however, stated that President Buhari had expressed his commitment to ensuring the implementation of a new National Minimum Wage.

“But the president’s speech at the event was immediately made available to the media and nowhere indicated that the president endorsed N30,000 Minimum wage.

“It is not the duty of the president only to endorse a new national minimum wage. The process involves the Federal Executive Council (FEC), the National Economic Council (NEC) and the National Assembly.

“It is imperative for us to always avoid misinterpreting a written speech,’’ he added.

It would be recalled that President Buhari had pledged that the Federal Government would soon transmit an Executive bill (on National Minimum Wage) to the National Assembly for its passage within the shortest possible time.

He said: “Our plan is to transmit the Executive bill to the National Assembly for its passage within the shortest possible time.

“I am fully committed to having a new National Minimum Wage Act in the very near future.’’

Buhari also expressed delight that the committee had successfully completed its assignment in a peaceful and non-controversial manner.

“Let me use this opportunity to recognize the leadership of the organised labour and private sector as well as representatives of State and Federal Governments for all your hard work.

“The fact that we are here today, is a notable achievement.

“As the Executive Arm commences its review of your submission, we will continue to engage you all in closing any open areas presented in this report.

“I, therefore, would like to ask for your patience and understanding in the coming weeks.”

The President, however, enjoined the leadership of the labour unions as well as the Nigerian workers to avoid being used as political weapons.

“May I therefore, employ workers and their leaders not to allow themselves to be used as political weapons,’’ he said.

In her remarks, Pepple explained that the recommendation made by the committee was predicated on the high cost of living, occasioned by the exchange rate as well as the rising inflation rate in the country.

She said that the committee also considered micro-economic indicators including the revenue and expenditure profile of the government.

People expressed the hope that the implementation of the recommended minimum wage would boost the purchasing power of the working class, increase consumption expenditure, and stimulate economic growth.