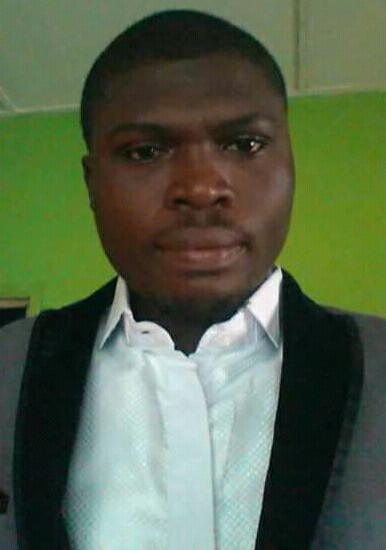 Politicians Do Us No Favor By Investing In Nigeria’s Health Institutions, If They Fail Same Fate Awaits Us | By Henry Odeh

The outbreak of corona virus otherwise called COVID-19 has undoubtedly changed the destiny of the world as global economy has been declared to be in recession but whether the change is either for good or for bad is yet to be seen as the plague continues to ravage every part of the planet.

Before the outbreak of the dreaded virus which many global observers have described as a weaponized virus with the aim of gaining global economic prominence and advantages by some global powers, many African leaders and particularly successive Nigerian leaders have shown high level of ineptitude towards development of its health institutions and infrastructures so, corona virus outbreak may not be tenable as an excuse for failure in case of adverse development in the number of confirmed cases cases in the coming days.

Some have even gone ahead with the notion that the virus was a creation designed to achieve depopulation agenda following reports that human beings are growing astronomically far above global resources, and that human continuous population is a big threat to the scarce global resources hence the need to control world population to a more controllable figure.

Some others have alluded to the fact that everything that is happening is to bring to fulfilment, the words of Jesus Christ in the holy scriptures as stated in Mattew 24 as things that will be the signs of the second coming of the Lord and that the current global turn of event is an end time battle between forces of darkness and of light.

Applying my human intuition and sensibility may, I may align myself with the fact that the turn of event is part of global evolution process but as a Christian I may affirm that the words of the scriptures as signs of the beginning of the end are indeed here and physically manifesting before our very eyes.

A quick peek at fundamental functions of any government especially democratic government would bring to fore these three i.e provision of food, provision of social amenities, and protection of lives and properties *(these are essential necessities of life).

In saner climes, any government that failed in its primary and fundamental function has to resign from the office to allow for fresh hands and ideas because such lacks the needed moral capacity and leadership qualities to continue to remain in office.

In any society or country, things like education, healthcare, security, social infrastructures, all require a futuristic leader in charge of government because these sectors require dedicated long term investments therefore, no particular government could singularly lay claims to credits of virile and vibrant educational and health sectors since government is continuum.

In Nigeria for example, where politicians lack foresight or maybe not futuristic, government policies and programs are directed towards achieving personal political glory to gloat and brag about ahead of future elections of four years intervals.

When Nigerians demand for quality healthcare system that works from the government, such group of Nigerians are either labelled members of the opposition or being sponsored by the opposition.

Successive Nigerian governments at all levels have shown very clearly their lack of understanding the difference between politics and governance via their levels of intolerance of criticism.

While other fast developing countries and economies were busy fortifying their critical public infrastructures specifically healthcare institutions, Nigerian government officials were busy stealing and diverting public resources into private pockets and treasuries at the very detriment of the public they were elected to serve.

What most government fail to understand is that there is absolutely no favor on their parts to the people if they serve the people with good conscience in good faith to right hence the need for a swift divergence of mindset and disposition towards public office.

It is heartbreaking, and very disappointing to see that despite hundreds of billions of naira that were over the years appropriated for Nigeria’s health sector, it is still so backward in terms infrastructures and service delivery.

It is most appalling to even note that health and medical experts in public healthcare or medical facilities who protests against government ineptitude and insincerity towards the Nigerian health sector are subjected to all kinds of victimisation and sometimes with threats of termination of employment.

COVID-19 in the history of the world with figures emerging from deaths of people all over as a result of corona virus has shown that the pandemic has killed and still killing more people than bullets or grenades outside of war, and to think that these death numbers are largely from China where it originated, the United States, Europe, and Southern America makes the heart of an average Nigerian like me cry sorely for help considering Nigeria’s state of public healthcare and medical facilities.

The only mentality and genuine disposition to governance that can help Nigeria overcome this dark period is to build the nation so that the nation may be there for you when your ability not capacity to help yourself are gone, remember the late former Chief of Staff to President Muhammad Buhari had capacity with all his influence and affluence but lacked the ability because his strength and energy were gone when he was under treatment for COVID-19.

It is a thing of shame for of course, a politician with conscience to wish to gain personal glory using public resources against the collective interest of the people by embarking on elephant projects with less impactful potency.

The number of confirmed cases of corona virus has continued to soar astronomically within the last few days following the intensity and aggressiveness towards getting more Nigerians tested for the dreaded virus, assuming without conceding to the fact that Nigeria witnesses an unforeseen outbreak (God forbid) in the number of confirmed cases in the coming weeks, is the country fully ready to surmount the overwhelming pressure that may come with it?

Nigerian government ordered its citizens to stay back home while all businesses and offices are under lockdown with no hope in sight as to end of COVID-19 era yet to provide palliative for the same people, government definition of rich Nigerians seemed to be anyone who has N5000 (five thousand naira) and above in his or her bank account.

This in my opinion is the height of insensitivity and direct assault on Nigerians collective sensibility which may be counter productive in its entirety because that meager amount of money will not be able to feed a couple without any child more than two to three days let alone families with children.

Nigerians did not bring the plague of corona virus upon themselves therefore if the government is sincerely committed to the welfare of its people particularly during this lockdown then it should redesign its policy on the palliative because the effect of denying people access to their sources of livelihood without palliative may just be increased crime rate which may in turn overwhelm and overstretch security operatives considering the fact that they are also members of different families.

The way to go for Nigerian government is to begin in good faith investment in Nigeria’s health and medical institutions or Nigeria may just be ready for the worst.