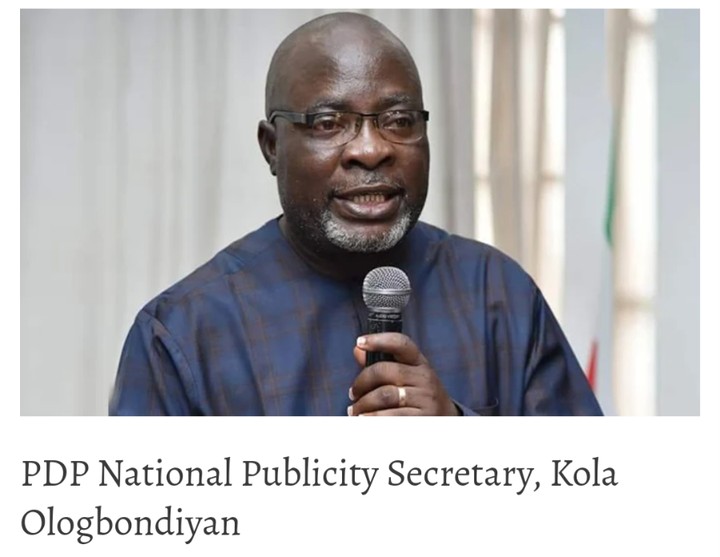 The National Publicity Secretary of the Peoples Democratic Party, Kola Ologbondiyan, has announced plans by the party to hold its much-awaited National Executive Council meeting on Saturday.

He said this while speaking to the media on the outcome of its National Working Committee meeting, held in Abuja, on Thursday.

He said, among other things, that, “Elder Yemi Akinwonmi was unanimously affirmed as Acting National Chairman.

“We will be holding our caucus and another NWC meeting tomorrow preparatory to holding our National Executive Council meeting at 12 ‘O’clock on Saturday. “